When it comes to Keno, Casino players can usually be divided into two camps: on the one side you have people who absolutely LOVE the game; and on the other are people who have no idea what it is. To me this says two things. Firstly, there are a lot of people who need to get some Keno into their lives and, secondly, that it’s not really possible to hate the game. In my experience, at least, once you give it a go you’ll be gripped.

Keno’s proud history stretches back to Ancient China in 200 BC. Cheung Leung, the fabled Chinese general, needed to find a way of funding the on going battles that he was fighting on behalf of the Han Dynasty.

Leung hit upon the idea to create a game based on the Thousand Characters Classic poem that is used to teach children to read the 1000 characters of the traditional Chinese alphabet. Leung’s game used the poem’s first 120 characters.

The campaign was such a success that Leung even had enough funds left over to build the Great Wall of China! Keno moved to America via Chinese railway workers, and has been very popular in land-based casinos for many years. Now it is just as successful in Canada’s finest online casinos.

The Basics of Keno

For anyone who doesn’t know how it works, think of it as a combination between Bingo and the Lottery. The object is to select up to 10 numbers which will then need to match up to the numbers drawn – the more you match, the more you win. 20 numbers are drawn in total from a set of 80 balls (numbered 1-80), and as these are called you can watch as some of them begin to match up with the numbers you chose. When all of the numbers have been called you’ll find your results listed to the side.

Playtech’s Keno uses a simple, unembellished design with crisp graphics and ultimately what could be described as a boring look. However, simplicity is the key when it comes to a game like Keno and, if that seems odd to you, I’ll let you in on a little secret: Keno is probably the world’s best side game. Although some players enjoy it as a standalone game, many keep it at the side of their screen to play in between games of Bingo, hands of Blackjack or whatever other games they may enjoy. Keno works best without all of the bells and whistles that you might find in your favourite Slot, or in a Bingo room. It’s a fun and potentially profitable way to stay engaged and entertained when you may otherwise be faced with a fairly dull day.

A great feature of Playtech’s Keno is that, if you decide to go ahead and play for money (which I highly recommend you do,) it is suitable for players on any budget. Minimum bets can be placed at just $0.10, whilst high-rollers will be pleased to hear that they can wager as much as $100 per game.

I also enjoy that, unlike many similar games, Playtech’s Keno lets you pick your own numbers so, of course, I always pick my favourite numbers and a lot of the time this pays off for me! You’re highly likely to win something when you play since the Payouts exceed 92% - not bad for a game of chance! Try it out today and see for yourself why so many people love Keno. 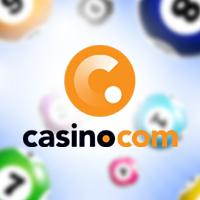 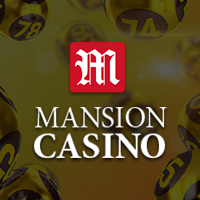