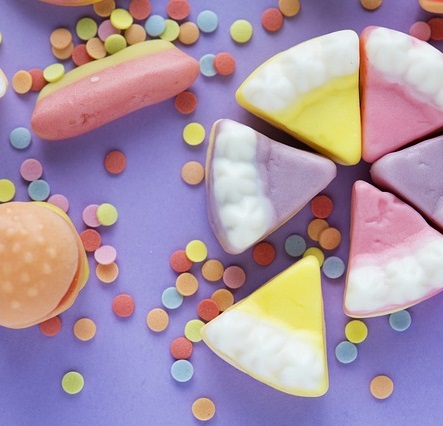 Food is something that never seems to stop changing its goal posts. What is popular and healthy today may not be popular and healthy in a few weeks. This is the nature of trends, and a sure-fire way to not only keep people guessing, but also keep the restaurant industry alive and kicking. As such, a great many food trends have come and gone. Some are logical and clever, while others fall a bit short of the mark. Here are 10 food trends that have failed.

In an effort to create a new trend, chefs across the world attempt to reinvent popular foods in new and interesting ways. This can sometimes result in delicious new food varieties, while other times it can create mutant abominations. Such as the Ramen Burger. The Ramen Burger is just like an ordinary burger, only instead of meat between bread, the Ramen Burger is meat between two cakes of cooked Ramen noodles.

Americans seem to be obsessed with creating foods that are as unhealthy as possible. In this case someone got the bright idea of cutting a doughnut in half and putting bacon, egg and cheese between the two halves. Because who doesn’t love sweet and savoury smashed together?

Nothing is sacred, not even a Bloody Mary. Why not garnish a Bloody Mary with a mini-burger on a toothpick, someone said. It might have been an effort to combine drinking and eating, but the end result is just bizarre.

Some people like colourful ice cream, others like it black as coal. It turns your teeth and lips black when you eat it, but has a rather generic taste of vanilla and coconut. So, why is it black? Who knows, but we bet you can spot someone whose licked a cone quite easily!

Given that insects aren’t actually bad for you, and in fact are protein packed, some decided it was time to enter into the insect food market. The trend didn’t exactly catch on, given that eating insects isn’t exactly acceptable in many parts of the world, but the logic behind the idea was at least sound.

The taste of food is only half the appeal, with the look of it being the most important aspect. At least that’s what chefs say. So, rainbow coloured foods were a thing, with rainbow bagels and cheesecake topping the list. The trend didn’t stick around, probably because bizarrely colourful food gets old after a while.

And while we’re on overly colourful food, lets not forget about Mermaid Toast. What is it? Just a piece of toast slathered with cream cheese, then sprinkled with stars, glitter, and other sparkly food decorations and dyes.

This trend didn’t exactly fail, and is still going strong in some areas, but the idea is still bizarre enough to warrant a mention. Why buy baked cookies, when you can just buy the dough? Probably because we have all licked the bowl while baking! That’s why! Admittedly, this does sound like a tasty snack, so if you enjoy watching movies or playing at online casinos, you may want to swap the popcorn and munch on cookie dough instead!

Coffee in cups is for losers. You want your coffee in an ice-cream cone. Yes, that’s all there is too it. Coffee poured into a cone, and drank from the cone. Because why not? The trend died out quickly, and little wonder why.

This probably applies to most of the foods on this list. Given that foods is photographed and post to social media, these days it matters more what it looks like, than how it tastes. We do know food is for eating, right?

Camille is the most recent addition to the writing staff here at GamblingInsider.ca and she comes to us directly after graduating in journalism. Camille’s knack for sniffing out a great story keeps GamblingInsider.ca packed full of the hottest Casino and gaming gossip.