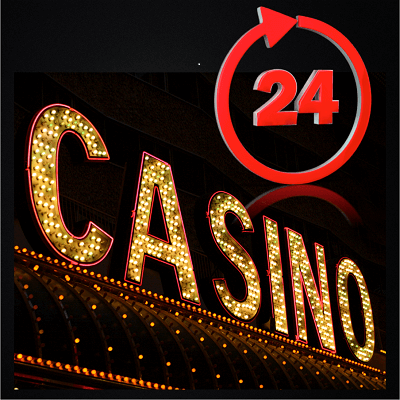 The latest in Canadian casino news sees the two provincially managed land-based casinos in Winnipeg announcing plans for a new pilot program. The program is set to last four months, and will see the two casinos offering 24 hour gaming over weekends. A report from the local Winnipeg Free Press paper has revealed that the test will begin from December 2 for the two casinos, which operate under the Manitoba Liquor and Lotteries Corporation. The McPhillips Station Casino and the Club Regent Casino will be open from 10h00 on Fridays from that date, closing only at 03h00 on the following Mondays.

Acting Chief Executive Officer for the Manitoba Liquor And Lotteries Corporation Peter Hak has told the paper that the two Winnipeg casinos are among the last few casinos in Canada that are not open 24/7. The temporary pilot programme will thus bring the two casinos into the same realm as those in regions like Ontario. According to Hak, his corporation always evaluates other casinos’ actions and market demands. Typically, the weekends are usually quite busy at the two Winnipeg casinos, although these customers are required to leave early thanks to current closing times. Since these players are already in the buildings, he says, his company would like to see what happens if they stay open for 24 hours instead. As explained by the Crown Corporation, the two casinos often see increases in traffic over weekends. Additionally, many guests wish to remain at the gaming tables when the casinos’ doors are closed at 03h00.

Pilot Programme May Open Doors For All Winnipeg Casinos

Corporate Communications and Social Responsibility Vice-President for the Manitoba Liquor And Lotteries Corporation Susan Olinyk has also commented on the test. She noted that the corporation has discovered highest visitation numbers on weekends, and around 300 or 400 people playing in the casinos at closing time. The pilot programme will have certain limitations. The two Manitoba casinos will not be permitted to serve liquor later than 02h00, and will also not be open over the Christmas weekend. The casinos are set to close at 18h00 on December 24 and reopen on December 26 at 10h00. The Manitoba Liquor and Lotteries Corporation has stated that it will judge the pilot program’s study based on the revenues they earn. The Winnipeg Free Press has since speculated that all casinos in the province may soon apply to stay open 24 hours a day if the test proves to be a success.