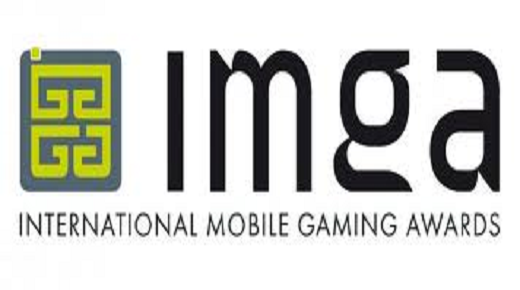 The International Mobile Gaming Awards (IMGA) were established in 2004 to honor mobile games of exceptional quality, showcasing both creativity and innovation. The awards are strictly for mobile games, so those designed for tablets, netbooks and handheld consoles are not eligible. Over the last 7 years the IMGA panel has reviewed more than 1,500 games, determined to highlight exceptional mobile games and their developers, to bring them to the attention of the ever expanding mobile gaming market. This year’s IMGA winners were announced on March 1st in a ceremony that took place in Barcelona, Spain with thirty nominees in competition for the prestigious accolades. The game developers lucky enough to receive an IMGA gain free publicity from ProSieben Sat1 Games worth around $130,000.

The prizes are awarded based on the innovation, popularity and overall success of a game, with separate awards based on expert opinion and that of the mobile gaming market. This year’s big winners were Chair Entertainment, which claimed both the Grand Prix and Excellence in Gameplay awards for Infinity Blade II. Superbrothers: Sword & Sworcery EP from Canadian developer, Capy, took the award for Most Innovative Game, whilst Lithuanian developer, On5, took home the prize for Best Mobile Social Game for Charadium II. The People’s Choice award went to Flick Tennis from Indian developer Rolocule Games and Contre Jour, bought to you by the Ukrainian Mokus Games, won the Judges’ Honorable Mention. As well as awarding the top innovators in the industry, the IMBAs have become the world’s biggest showcase of what’s new and what to expect from the world of mobile gaming.

This year was no exception, as the latest and greatest state-of-the-art mobile games were displayed, showing  what’s set to come to the iPhone, Android, Windows Mobile, Bada (Samsung), BREW MP, BlackBerry, WebOS, J2ME, Flash, and HTML5 markets very soon. The very latest mobile devices with the potential to improve the quality of mobile gaming for the masses were also showcased at the IMBAs. It seems the future of mobile gaming is looking bright as recent technological advances have improved gaming speed and graphics. As mobile gaming looks set to get better and better, its enthusiastic market of gamers is sure to get bigger each year.

Canadians have enjoyed mobile casino entertainment since the first games for cell phones were launched in the early 2000s. The platform has grown in p

With the dawning of the age of the mobile device, the wide-spread availability of hand-held technology, along with growing access to internet access,

The Evolution Of Mobile Casinos

The modern online casinos that we have all come to know and love are incredibly exciting. So much so, in fact, that players now have little to no reas

A new report, set to be released by Technavio this week, will show the expected growth of the mobile gambling sector over the coming years. What the r