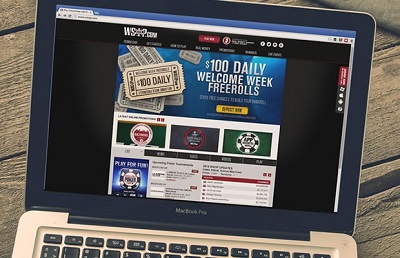 In recent casino news, he owner of a New Jersey-based race track who aims to add a casino to his property has indicated that the proposal can be put on hold for anywhere up to six years. Canadian gambling fans who love Atlantic City have been watching with interest as plans for the casino have been bandied back and forth. Jeff Gural, the operator of Meadowlands, has recently stated that the proposal for Hard Rock International to construct a new casino at the track can wait until the state of New York has opened another three casinos of its own. This is a process which the operator expects to take about six years to complete. Gural noted at the recent East Coast Gaming Congress that the best way to get a new casino expansion referendum approved is to wait until New York begins to pressure New Jersey to follow suit. In the meantime, a proposal to build two New Jersey casinos was declined last November.

Waiting To Submit A Referendum Will Increase Chances Of Approval

The operator has indicated that he is ready to wait as long it will take until New York’s casinos are ready to open. A new referendum cannot be put before voters before 2018, and after the defeat of the last two proposals, Gural and New Jersey politicians agree that it would not be wise to rush in submitting a new one. Instead, Gural believes that waiting will increase the referendum’s chances of being passed. Chairman of Hard Rock Jim Allen has stated that a six year delay for the new casino construction does not faze his company. After Atlantic City experienced devastating drops in revenues, job losses and the five casino closures since 2014, the question of whether to allow more casinos to open outside the city has been a heated one.

Supporters are adamant that a northern New Jersey casino would be massively successful until New York posed nearby competition. However, Gural is prepared to lose out on a few years’ worth of profits from a Jersey casino in order to get the referendum approved, even if it means having three new competitors to contend with. He is not concerned about the rivalry, he believes that there are enough potential players in the region for every operator to thrive.

Democratic State Assemblyman Ralph Caputo has said that there are plans to put another referendum to the vote, but has not offered a time frame. However, Republican representative Chris Brown has warned that a casino in northern Jersey would eliminate more revenues from Atlantic City than it would bring it at Meadowlands. President of the Borgata Tom Ballance has noted that 70% of Atlantic City gamblers live 15 minutes away from another casino option – and a northern Jersey casino would increase that number to 85%, potentially devastating the state’s revenues even further.