Alberta Give Go Ahead To Single-Event Sports Betting Canada 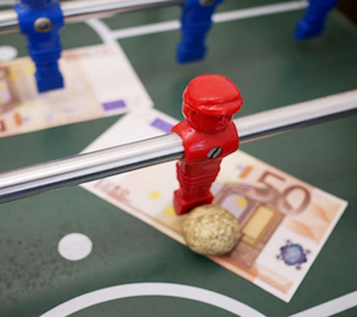 The province of Alberta has issued the official go-ahead for single-event sports betting to be legalised in Canada. The approval of this type of sports betting Canada can offer marks a massive leap forward and has been confirmed as such by provincial gambling regulator, the Alberta Gaming, Liquor & Cannabis (AGLC) authority.

What the approval means for land-based and online sports betting Canada enthusiasts is that they’ll soon be permitted to place legal wagers on single sports events. Up until now, only parlay bets, or multiple selection bets, have been permitted by local gambling and sports betting laws.

The approval makes of Alberta the second province to issue its stamp of approval for amending paragraph 407(4)(b) of the Canada’s Criminal Code so as to allow for the legal sports betting Canada on single sports events in the country. The first to do so has been the province of British Columbia.

A catalyst to the successful passing of House Bill C-13, the legislation late last year submitted to the House of Commons on the issue of the amendment of the country’s Criminal Code so as to allow single-event wagers, has been Liberal Government MP Kevin Waugh’s Bill C-218, also known as the “Safe and Regulated Sports Betting Act”.

Waugh’s bill last year drew a massively positive response from the House of Commons, with Canadian Gaming Association CEO Paul Burns describing the sports betting Canada bill to have been the first step to protecting Canadians from the predatory behaviour of black-market operators, while at the same time promising an enormous boost to the local economy.

The situation up until now has been a dreary one. Estimations are than well in excess of CA$4 billion is still currently being placed in bets with illegal brick and mortar and online sports betting Canada bookmakers every month – with only CA$500 million spent annually via legal local bookies on parlay bets.

A secondary boost is that the legalisation of single-event sports betting in the country will finally eradicate the threat posed to the local industry by nearby Michigan and New York’s counter-offerings just on the other side of the border with the Great North and specifically, Ontario.

A fully regulated sports betting Canada industry stands to boost the economy by means of taxable revenue income as well the creating of hundreds of thousands of new jobs. The only downside to a regulated single-event sports betting industry is that it had taken legislators this long to implement.