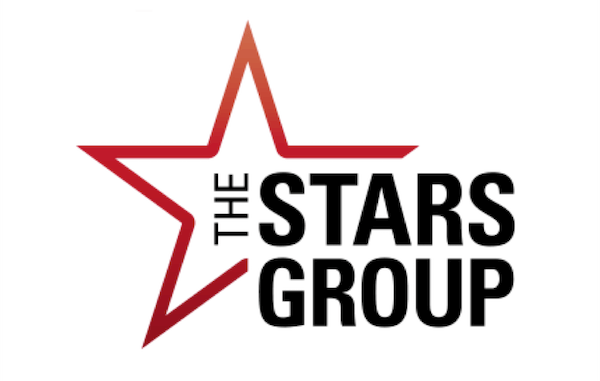 Online gaming giant Amaya has announced that it has completed its rebranding campaign to The Stars Group. In a bid to expand their horizons, the company moved their headquarters from Montreal to Toronto and launched a brand-new website and corporate logo. Amaya received the approval for the change from the responsible regulators and will start trading on the Toronto Stock Market under the TSGI ticker symbol. On the Global Select Market, the group will trade under the TSG ticker. The name change from Amaya to The Stars Group was planned since May this year. Amaya is best known as the parent company for the highly successful firm, The Rational Group. This is the company responsible for the online gambling brands such as BetStars and PokerStars. Hailed as the world’s largest online poker operator, PokerStars is the company’s largest business contributor and the main reason behind the name change. It is believed that the Stars Group name would more accurately reflect the success of the PokerStars and BetStars brand.

Major players in the online gaming industry believe that Amaya has undertaken the change in order to distance themselves from their founder David Baazov. Having founded the company in the early 2000’s, Baazov is currently the subject of ongoing investigation into insider trading. The investigation mainly relates to the $4.9 billion-dollar acquisition deal of The Rational Group back in 2014. In February last year, Baazov made a public announcement saying that he would offer to buy Amaya and make the company private. He had to put his plans on hold though when he was informed about the investigation by the Autorité des marchés financiers.

Meanwhile, the rebranding of Amaya nicely coincides with a time when a major Hong Kong businessman is increasing his stake in the company. According to reports, Hao Tang has over 10 years of experience in investment banking, asset management and mining enterprise management. He currently holds a 15% stake in the company after eagerly snapping up shares since the start of March this year. In July 2017, Tang acquired a massive 4 million shares in Amaya for a value of C$88.9 million. According to media reports, Tang is also the main driving force behind Goldenway Capital. This was the company that was revealed to be one the key financial backers supporting Baazov’s failed acquisition attempt in November 2016. The failed offer has in no way influenced Goldenway Capital’s interest in the company. In fact, Tang eagerly began buying up shares ever since Baazov started selling his off. In March this year, Baazov sold 7 million shares, followed by another 12 million in April. The move to buy up shares shows that Goldenway Capital has more of a vested interest in the company.