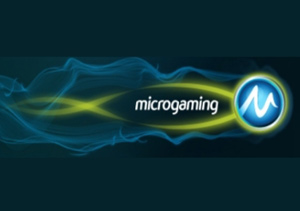 According to Casino Scam Report, not only are some Microgaming slots games on fire but the fire is generating megabucks.

Ten slots games have paid out in excess of $1 million in the past month. Thunderstruck II awarded a total of $2,196,439.56 to players. This 5-reel, 243 win combo system is currently listed in first place on Microgaming's Top 10 Games List. Players can't seem to get enough of the chance to relive Norse methology as they take part in adventures involving King Odin, Thunder-god Thor, Mischief-god Loki and countless warrior maidens.

The Torantino-style screenplay, Immortal Romance, starring a mortal scientist cavorting around with witches and vampires scored second place with a total payout of $2,123,591,14. The newest slot game on the Microgaming block, Girls With Guns, was only released in March, but has garnered enough attention from gamers that in it's first month, this game has awarded a total of $1,106,633.25 worth of megabucks for the chance to plow through the jungle accompanied by a bunch of soldier girls. Payout statistics also reveal that a Canadian player was awarded CAD 10,602.06, and a Norwegian gamer walked away with NOK 13,148.85 for just one play of the game.

In an effort to cash in, fuel the fire or perhaps grab a piece of the action, Jackpot City reports a Progressive Cyberstud Poker jackpot winning of $146,000. Jackpot City plans to award Loyalty Points holders with an incentive to earn enough points to be eligible for cash-back free awards usable on any of their games.

In the Microgaming Mobile Casino world, a German gamer won EUR 16,746.50 on the mobile casino Cash Splash slot during his first week of membership at All Jackpots. It's not to late to for iPad gamer fans to be the first player to set a winning Microgaming jackpot record for Loaded, Break Da Bank Again, Piggy Fortune or European Blackjack Redeal.

To date, the highest payout in history for a Microgaming slots game was $5,574,434 for, a most appropriately named game, Mega Moolah in 2009.