Asian market to see more investment than ever before 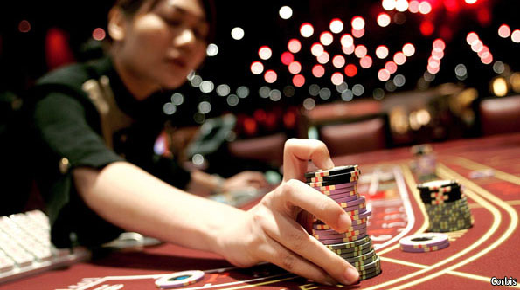 78-year old billionaire Sheldon Adelson became one of the wealthiest men in the world by creating casino empires in Las Vegas and Macau. But now the gambling tycoon is taking his investment to the Far East.

Asia, the hottest gambling market in the world, where Adelson’s Singapore venture made $1 billion in its first year of operation, is where he will be doubling down on his bets.

The chairman of Las Vegas Sands, the largest gambling organisation in terms of market share, looked a picture of confidence at the opening of his $4.4m billion casino in Macau. And rightfully so as the former Portuguese colony is the world’s largest gambling territory where punters spent $33.5 billion last year compared to $6 billion in Las Vegas.

Speaking at the opening of the Sands Cotai Central on April 11th, Adelson drew out his plans to spend billions more in surrounding countries like Vietnam, Korea and Japan.

But there is competition on the horizon for share of the booming Asian gambling market. The race is heating up in the Philippines where Asian brokerage firm CLSA forecast gaming revenue to increase by more than double from US$1.3billion in 2011 to US$3 billion in 2015 once three new resorts in the Philippines are up and running.  Asian firms like Malaysia’s Genting and Honk Kong based Galaxy Entertainment are both competing with Andelson’s Las Vegas Sands for a share of the lucrative Asian gambling market.

However, the Asian invasion by US operators has not gone without criticism or controversy. Government representatives in several potential Asian markets are weary of which operators to award gambling licenses to. They are concerned about the growing negative headline risk that Las Vegas operators bring with them. Las Vegas Sands (LVS) and Wynn Resorts are both immersed in legal battles in the States and Macau. LVS is fighting lawsuits filed against it by its former Macau based CEO and Wynn Resorts is being investigated for a HK$1 billion donation made to the University of Macau.

One thing is for certain, despite the legal minefield that US based operators currently face; there will be significant investment and development in the Asian gambling market. The future for players in the Far East looks to be one brighter than the lights of the Las Vegas Strip.