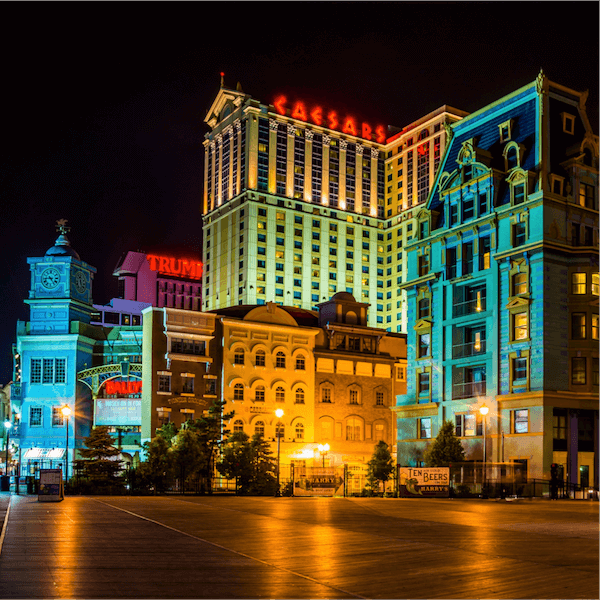 Atlantic City will soon be home to two new land-based casinos; Hard Rock and Ocean resort, both of which will open in just a few short months. However, before this can happen, operators will need to fill thousands of job positions first, and state officials are concerned that there may not be enough applicants with the correct qualifications willing to apply. Atlantic City is one of the world’s largest casino gaming hubs, with its resorts currently employing over 22,000 people. This number is also set to grow exponentially this year, with experts predicting that the city could have as many as 27% more casino employees by the time 2019 arrives. Hard Rock International, which is busy revamping the defunct Trump Taj Mahal casino into its own entertainment resort, and Ocean Resort (formerly Revel) are seeking more than 6,000 skilled workers before the summer of 2018 rolls around. Additionally, operators already established in the city are also looking to around hire 2,000 more employees as well.

President of Unite Here Local 54 casino union, Bob McDevitt, recently engaged in a heated dispute with billionaire casino tycoon Carl Icahn over a lack of workers’ benefits that ultimately led to the closure of the Taj Mahal. During the dispute, McDevitt noted that finding the number of qualified job applicants that Atlantic City’s casinos require could be trickier than operators are anticipating. Speaking with the Atlantic City Press, McDevitt also explained that the current job market is the tightest he has seen, with many people already having sold their assets and left altogether. He also highlighted the fact that young people are no longer staying in the vicinity, as they do not find a wealth of opportunities for members of their generation.

Between 2014 and 2016, a total of five Atlantic City casinos closed their doors, taking with them well over 10,000 permanent jobs. Stockton University has also noted that around 13,000 Atlantic City workers have left the work force over the past 5 years, and many more have left the city entirely in a bid to seek better opportunities. And while gaming revenues have stabilised in the region and total win for the majority of its casinos grew by 7.3% last year, unemployment in the New Jersey city remains rife at around 3% higher than the national average. For now, qualified applicants will have the upper hand, as casinos are primarily looking for table dealers, chefs, slots and cage staff, and fine dining waiters. Hard Rock Atlantic City held its first job fair exclusively for former Taj Mahal employees on January 30 – but concerns are still abound that Hard Rock and Ocean Resort haven’t kept a watchful eye on the recession, and could be reinvesting in the city without any guarantees of success.