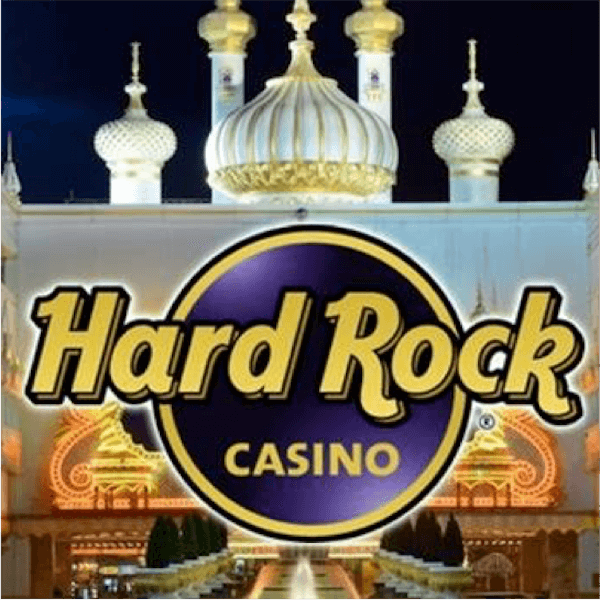 On 28 June 2018, nearly two years since it closed for business in 2016, the Trump Taj Mahal will open its doors once more, this time as the Hard Rock Hotel & Casino Atlantic City. The venue’s new owners, Hard Rock International, finally announced the official opening date in a press conference last week. The site has been undergoing extensive renovations – at a cost of roughly US$500 million – since Hard Rock International purchased the former Trump Taj Mahal in April last year.

Via live streamed video from Hard Rock’s Times Square Café to Tanger Outlets The Walk in Atlantic City, CEO Jim Allen told the press that the rebranded and extensively upgraded new hotel and casino would be an all-round entertainment destination and not just a casino. Allen revealed plans to host almost daily live shows in the Hard Rock Atlantic City’s first year of operations. He also described the gambling facilities that will be on offer at the casino, as well as the various restaurants, bars and hotel accommodation available.

Not Just a Casino

In addition to revealing the Hard Rock Hotel & Casino Atlantic City’s official opening date, Hard Rock International used the press conference to provide a sneak peak at what visitors can expect when they visit the venue. Although the casino will feature an impressive 2 200 slots and 125 table games, Allen was at pains to stress that the Hard Rock Hotel & Casino Atlantic City would be more than just a casino. The 17-acre Boardwalk property will also feature an array of conferencing, entertainment, dining, and accommodation facilities.

This will include more than 150 000 square feet of event space for large conventions, smaller events and tradeshows. This is in addition to the Hard Rock Live at Etess Arena, which will be able to accommodate 7 000 concert attendees, as well as the signature 400-seater Hard Rock Cafe.

Allen said that the venue is scheduled to host a staggering 300 nights of live music over the course of its first year in operation. Fans are already able to purchase tickets to the first 60 of these shows, featuring performances by the likes of Kid Rock, Blake Shelton, Florida Georgia Line, and Third Eye Blind. He added that these musical acts will be taking to the stage on weeknights as well as over the weekend. Hard Rock Hotel & Casino Atlantic City will also feature over 20 restaurants and bars as well as 2 000 luxury hotel rooms.

Finally, the Hard Rock brand will be strongly felt at the venue through details such as music and pop culture memorabilia, including an autographed Jon Bon Jovi guitar, and outfits worn by Whitney Houston and Mariah Carey.