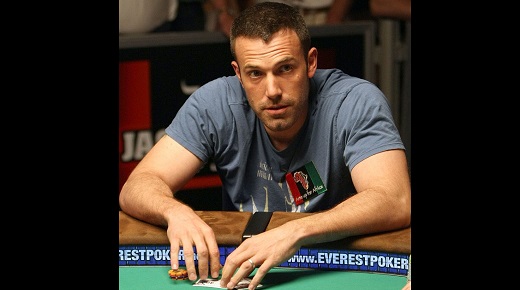 Ben Affleck has opened up on his recent scandal which saw him supposedly banned from several Casinos for counting cards whilst playing Blackjack.

The actor has openly admitted that he does indeed use the skill to beat the house and that Casinos do not like it one bit.

The 42-year-old heartthrob revealed his Casino secrets to Details Magazine, confirming reports that he had been caught card counting. Setting the record straight, however, Affleck assured readers that he didn’t get kicked out of any Casinos for his Blackjack tactics – although he says he would have liked to!

The star of upcoming movie Gone Girl told the magazine, “It is true. I took some time to learn the game and became a decent Blackjack player. And once I became decent, the Casinos asked me not to play Blackjack.”

Affleck was told he could not continue playing Blackjack at the Hard Rock casino in April and an alert was then sent over to the rest of the Casinos in the area accusing him of ‘advantage play’.

“I mean the fact that being good at the game is against the rules at a Casino should tell you something about a Casino,” he scoffed. “They don’t want you to have a sporting chance.”

When questioned about being physically removed from the Casino, however, Affleck denied the reports: “No, I wish. That would have been awesome. ‘Get him out of here! He’s a magician.’ Unfortunately they just came up and said, ‘We can’t let you play Blackjack. But we have other table games. We have Chinese Poker.’”

Ironically the Casino that banned him from playing Blackjack had in fact previously wooed the actor in an attempt to persuade him to come to their Casino. Of course, that was before they realised just how good he was.

“They certainly offer you all kinds of stuff to show up,” he revealed. “I think they’re just hoping you’re going to be some dumb celebrity that’s going to dump money. And I guess I was that until I figured it out and then they were like ‘F*ck him, get him out of here.’”

Counting cards in Blackjack is not illegal by any means but Casinos do not approve and will ask players to stop if they come across someone utilising the skill. Clearing up another rumour relating to his Casino antics, Affleck also confirmed that his wife Jennifer Garner does not have a problem with his card counting or consider him to have a gambling problem. He dismissed reports that she was upset as “bullsh*t”.