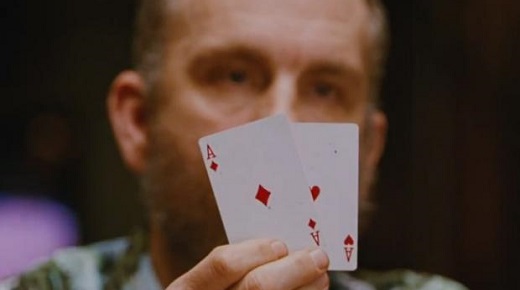 There is s something about gambling that translates so well onto the big screen. It’s a world of suspense, unforgettable characters and life changing decisions where fate is the number one protagonist. When a gambling film is done right, it can be clever, paced and provide drama of the highest quality. Here’s a list of some of our favourites.

Rounders follows Mike McDermott (Matt Damon), a law student who discovers a natural talent and intense passion for poker playing.  The films starts with Mike losing $30,000 to KGB and decides to give up gambling, until his friend Worm (Edward Norton) gets out of prison and convinces him to start gambling again. We won’t spoil the good stuff for you, but it ends up with a very intense heads-up game that would have any poker player on the edge of their seat. With great supporting acts from John Turturro and Martin Landau, this is one of the greatest examples of what the underground gambling genre has to offer.

You have to make a choice in life: Be a gambler or a croupier. Or so believes Jack Manfred, the hero of ‘Croupier’, the fantastic neo-noir that offers a look at gambling from a different point of view. Jack is an aspiring writer who takes on a job as a croupier to find inspiration for his novel, but instead ends up being complicit in a robbery. The story isn’t as important as the brilliantly accurate depiction of casinos and the behind the scenes attitude by those who work in the business.  The most revealing scenes are those which hints that behind all the allure of glitz and glamour of casinos, indeed, all that glitters is not gold.

Another gambling movie that fits into the neo-noir crime thriller mould. Directed by the acclaimed director of Boogie Nights and Magnolia, Hard Eight tells the story of an aging gambler, Sydney (Philip Baker Hall), who takes a young man (John C. Reilly) under his wing and teaches him about the art of gambling. But Sydney harbours a dark secret from the past that threatens to ruin their relationship. This is a near-classic in a minor key and a must see for all fans of gambling.

Owning Mahowny is one of the few gambling films that takes a look at the addictive effects that casino games can have on some people. Based on a true story, the film follows an embezzling Canadian bank employee, Dan Mahowny (Philip Seymour Hoffman), who uses stolen money to fund his gambling addiction. When his criminal activities are discovered by the police, Mahowny’s life quickly starts to unravel. The real-life protagonist, Brian Molony, was sentenced to six years in prison for fraud.