What are the Best Online Casino Games for Big Jackpots? 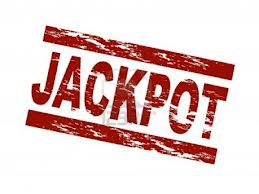 With so many online games out there it is difficult to find the perfect game to play, and more importantly the one that will pay out the highest jackpot win. Large jackpot wins are usually associated with online Slots, but there are other hugely rewarding games out there, so we’ve taken a look at the best types.

These are the most common type of online games that offer jackpots. When playing online slots, jackpots come in various forms, such as a fixed maximum amount or a Progressive Jackpot. With Progressive Jackpots, each bet placed by players all over the world is added to an ever increasing jackpot total, so while there’s a smaller chance of winning, the prizes are outstanding.

As mentioned above, Progressive Slots offer huge amounts, typically in the millions. These games are hugely popular with thousands of players, meaning the jackpot is always growing. Games like Mega Moolah and Major Millions are popular household names. Mega Moolah is a 5 Reel, 25 Payline Slot and can be found at many top-end online casinos, such as Royal Vegas, All Slots and Betway Casino. The minimum jackpot begins at a staggering $1 million and continues to grow. In 2008 one lucky player struck the big time with a whopping win of $5.5 million!