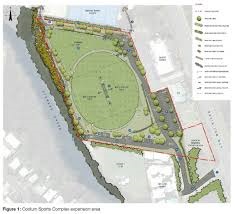 That old adage "the best laid plans of mice and men oft go astray" appears about to be paraphrased to the best laid plans by men for casinos oft go astray. The sun may not be shining so bright on Australia's Sunshine Coast these days, especially since Clive Palmer and his mega-casino development plans appear to be in the hot seat. According to the latest news reports, Premier Newman has given the Coolum Project a thumbs-down even though no license processing has been initiated by Palmer at this point in time.

Premier Newman maintains plans to fly gamers from Brisbane, to transport others by monorail from the airport, to erect a 1,000 room hotel/casino and a 5,000 seat convention center are deemed inappropriate and not in the best interest of the area. Rebuttal comments by Palmer hint of political undertones.

Disturbing news is surfacing in China involving allegations of questionable activity on the part of Las Vegas Sands Corporation CEO Sheldon Aldelson and high-ranking Chinese officials. The allegations surround Aldelson's use of former Chinese Liberation Army member, Yang Saixen, as an advance man for assistance with casino matters in Macau, where gambling is legal, and potential plans for future casino operation on the mainland where gambling is illegal.

The current whereabouts of Aldelson have caught the attention of the FBI and the U.S. Department of Justice. Aldelson is rumored to be a very big leaf on Republican Presidential Nominee, Mitt Romney's SuperPac money tree. Aldelson plans to be at the Vegas Sands Casino for an upcoming appearance by Republican Vice-Presidential Nominee, Paul Ryan. Aldelson is believed to be attempting to garner support from various politicians to gain input in policy issues relative to China.

Preliminary investigation includes efforts to prove that Yang Saixen received a $30,000 monthly stipend to act on Aldelson's behalf in the Far East. Although severed from the payroll of Las Vegas Sands Corporation in 2009, Saxien is alleged to have functioned behind the scenes in various matters involving formation of the Aldelson Center for U.S.-China Enterprise. All indications point to this company as a subsidy of Las Vegas Sands Corporation. The purpose of this entity is believed to be for the promotion of foreign/U.S. business enterprises in China.

The Nevada Gaming Board is aiding Federal Government investigation into highly-questionable activity on the part of the U.S. Financial Crimes Enforcement Network involving violation of U.S. anti-corruption laws.