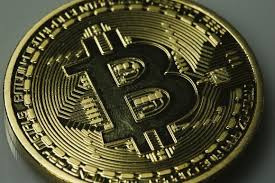 It has recently been announced that two Casinos in Las Vegas have become the very first Casinos to accept Bitcoin as legal currency. Customers visiting the D and the Golden Gate Casinos on the famous Freemont Street in Las Vegas will no longer need to worry about carrying so many dollars as they will be able to use Bitcoins for both goods and services. Although neither of these Casinos actually accepts bets made in Bitcoin, players at the Casinos will be allowed to use Bitcoins to conduct transactions at the front desks to pay for hotel rooms, as well as gift shops and restaurants within the complexes.

The increasingly ubiquitous digital cryptocurrency will in future, no doubt, be accepted for actual gambling purposes, but for now this small step will be recognised worldwide as a signal of what the future holds. Derek Stevens, Vegas proprietor and co-owner of both the D and Golden Gate Casinos, has said that the decision to begin accepting Bitcoins comes as a result of many customers enquiring as to their acceptance at the Casinos; after much consultation he began to realise that Bitcoin may hold the key to future success. “I’m proud that the D and Golden Gate will be the first Casino properties to accept Bitcoin,” Stevens commented. “We’re located in the growing high-tech sector of downtown Las Vegas, and like all things downtown, we’re quickly adaptive to new technology. The timing is right for us to launch this initiative, and I’m happy to be able to offer this to our customers.” Stevens continued to explain how the currency will be accepted, adding that the popular BitPay service – which currently processes at least 6% of all Bitcoin transactions – will be used to process the transactions using mobile devices such as iPads installed at each cashier.

Despite existing now for over five years, it is only recently that Bitcoin has had a real surge in popularity, with many more services and retailers, particularly online, beginning to accept the cryptocurrency. It is becoming increasingly common with online gamers, with many online Casinos accepting it as a form of currency, whilst there have been some more surprising cases of Bitcoins being used as payment – in one case, for the salary of a town’s chief of police. Other landbased Casinos may now follow suit and start accepting Bitcoins. Harold Solomons, of Dublin agency Matrix Internet, told reporters that “we recently picked up some business in the US and the fact that we will accept Bitcoins might put us in the frame for more business opportunities. We’re putting the time in now in order to develop it.