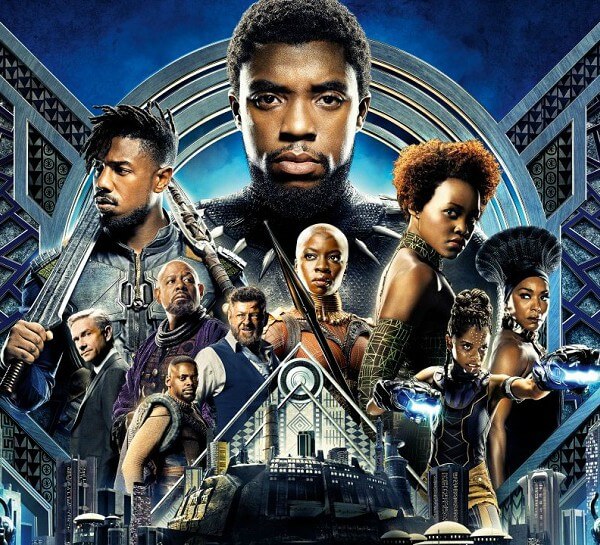 A great deal of hype surrounds the film Black Panther, with many trumpeting it as a true revolution for the Hollywood industry in general, but specifically superhero films. Why? Because the film happens to have a cast almost entirely of actors who are not white. The film is based in a fictional African country, where a magical metal has allowed the inhabitants to make enormous technological advancements.

But there’s more; from the outside Wakanda, the fictional country in question seems to be poverty stricken. But beneath the holographic dome that protects the residents, there is an African utopia. This, it is being said, is a revolution for Hollywood. After all, Black Panther is the first superhero film staring a non-white hero, isn’t it?

Steel And Spawn – The Forgotten Heroes

Although Black Panther is an interesting film as far as Hollywood goes, many seem to forget that the film Steel was released in 1997, staring Shaquille O'Neal. It’s true that the film was not a major success, but was still certainly a movie about a non-white superhero. The film was lacking in many departments, featuring cheesy dialogue and less than wonderful acting. But then again, O’Neal was a basketball player, and not an actor. Spawn also released in 1997, starring Michael Jai White. It is largely forgotten now, but upon Spawn being released it was likewise trumpeted, as being the first time an African-American would be portraying a major comic book superhero.

Spawn was not a well-received film, however, largely because it strayed so far from the comic source material. And unlike other super hero’s that have made their way into the mainstream arena, popping up in everything from online slots games to clothing ranges, Spawn faded into obscurity. With this being said, Black Panther is certainly not the first film to have a non-white superhero. Why then is it receiving such attention simply for the skin colour of its cast?

There is no doubt that Black Panther is unique in it’s setting, and it’s approach to telling a superhero story. The world in Black Panther is genuine in its portrayal of an African nation, with much detail put in the costumes and sets. But it likewise can’t be overlook that the actors are, in fact, largely British and American, and not African at all. The fact still remains, however, that there are few white actors in Black Panther. This does indeed seem to signify a change in the pace Hollywood is approaching its films, and the formulas by which it’s films are made.

On the other hand, the simple act of having a non-white cast has gone a long way to promoting the film, simply by the politics involved in making such a decision. A person may suggest that the decision was, simply, an excellent publicity stunt for a superhero film, especially one based on a superhero that is not widely known. Either way, the film has been a success, whatever the motivations for having a non-white cast.

Black Panther – Is It A Good Film?

As is often the case when a film is drowning in politics, even before it has been seen, few forget to ask the simple question; is it a good film? If based on critical response, the film is one of the best superhero movies of all time. Critics have all but poured praise on it from every angle, calling it a new era in the Hollywood superhero genre. It can once again be argued that a certain level of politics influenced the critical reception.

Either way, Black Panther is certainly creating waves in Hollywood, which is a good thing, either way. With a large part of mainstream Hollywood all but banking it’s future on superhero movies, a change was certainly needed, given the nature of superhero films up until this point.