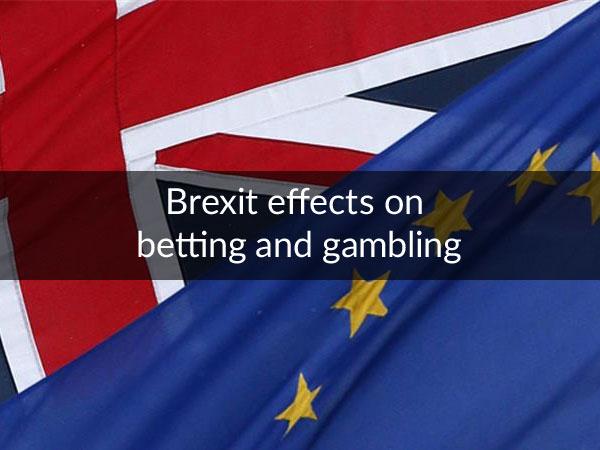 When the British population voted for the United Kingdom to remain in, or leave the European Union in a referendum that was nicknamed ‘Brexit,’ they surely didn’t expect the massive ripple effect that occurred when the results were announced. In what many saw as a shock move, 51.9% of 33.6 million voters made their mark next to leave, expressing their desire for the UK to exit its membership of the EU. As Great Britain has been a member of the EU since 1973, when it was originally called the European Economic Community, this vote came as something of a surprise to many.

Whilst a drop in share process affected these iGaming industry giants they were also able to take advantage of the vote and offer punters the chance to wager on the outcome. Head of Political Betting at Ladbrokes, Matthew Shaddick, said that of course, they rode the wave, but had made a point of pointing out the pitfalls of assuming the favourite will always win, and in this case, it didn’t. Long term, it’s almost impossible to predict what sort of impact Britain leaving the EU will have on the iGaming industry, but it does raise many questions. At present there is a lot of uncertainty as to what the next step will be, and online casinos and sportsbooks are carrying on as per normal. One thing is for certain however, there will always be winners or losers in the end, and as the UK is a very important gaming market, it’s hopeful that it won’t be the one left out in the cold.