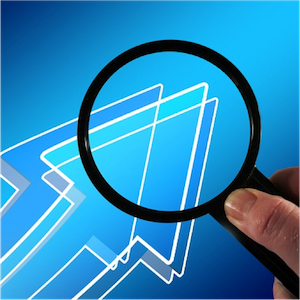 The present is a pleasant place to live when you’re living in Italy. Online casino revenue income figures have been released for the month of March, and these paint a very positive picture indeed. The numbers reflect a new record landmark in the casino industry in Italy, showing a higher than ever before figure of £60.6 for the month of March alone. PokerStars performed exceptionally well above all expectation, thereby managing to hold on to the their number one position as the best performing online casino site in Italy. PokerStars, which forms part of the Stars Group Italy, was followed closely by Lottomatica and Sisal, respectively. Local news agency, SBC News, reports that Lottomatica held on to 8.8% of the online revenue share, followed closely by Sisal clocking in at 8.3% of the online revenue income share.

Up Against The Giants

Local online casino operators in Italy are in constant competition with international brands, fighting for their share of the pie in the local markets. Companies like Eurobet, Bwin and William Hill are constantly making dents in the local market, capturing small portions of the market share that ultimately all add up to a rather large portion in foreign hands. Eurobet owned all of 6.2% for the month of March, with 888 following not too far behind at 5.6%. Bwin and William Hill captured 5.5% and 4.5% respectively, whilst Starvegas and Skybet365 made for an equal tally at 4.5% each.

Poker And Games Of Skill

Online casinos enjoy the continued support of the local Italian market, with players showing themselves to be especially fond of Online Poker Tournaments and all betting games involving a measure of skill, to varying extents. Positive gains were reported for these two categories; with revenue income reaching reported totals in excess of £8m for March 2018. When it comes to online Poker and live online Poker tournaments, PokerStars continues to reign supreme. The group holds an estimated 62% of the current Italian market share, which is far more than half of the total portion of revenue income gleaned from Poker tournaments and games. The dominance enjoyed by PokerStars leaves precious little room for growth or manoeuvring by competitive smaller groups or entities. The closest competitive brands, being Lottomatica and Sisal, own a measly combined 12% of the market share between them.  PokerStars owns the lion’s share in a market, which is in essence a foreign one, which is saying quite a lot in favour of the group.