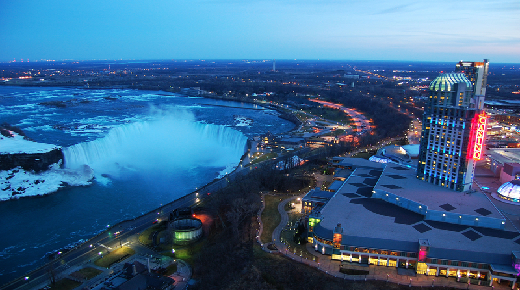 While the eyes, ears, and cognitive braincells of Americans are being bombarded by new reports focused on the economy and tragic events in middle-east countries involving American military/civilian personnel, America's northern border appears to be of significant interest to Canada. There are so many new stimulus packages being suggested by President Obama, members of Congress and various Federal Government entities in an effort to boost the economy, cure unemployment and head the country in the right direction, few people may be aware that one Canadian investment group is seeking to convince some voters that gambling provides answers.

In Portland, Oregon, Clairvest Group is busy attempting to infiltrate the state with a non-Indian casino operation. Clairvest is a large Canadian financial investment entity whose function is to offer assistance to local investors for the purpose of business stabilization stemming from profit generation. In conjunction with three unidentified parties, Clairvest is mounting a campaign to turn a small town eyesore into a financial boom guaranteed to benefit the greater Portland area since the proposed casino will be situated within 15 miles of downtown Portland The town of Wood Village, population 4,000, is being targeted by Clairvest for the revitalization of a once-popular indoor dog racing track. In addition to a casino, overall development plans call for a theater and convention complex, hotel, eateries, and family-oriented activities such as bowling and a water park. While Clairvest's CEO maintains all facilities will be completed, no stipulation exists in the plan preventing development-delay following completion of the casino and the necessary amenities relative to it. In its mass media campaign, infomercials touting how educational funding and new job creation will be of supreme benefit to the Portland area, no mention is made that only 25 percent of gambling proceeds will be allocated for these sectors. Opponents of the development project cite the need to give serious consideration to any venture involving a shift from monies feeding private entities versus the public coffers.

Opponents also cite these infomercials fail to address issues slated to appear on the November 2012 ballot statewide. Option A: seeks to alter the state constitution to allow casino operations to be owned by foreign investors. Option B: asks for a clear yes/no vote for the Clairvest Plan. In view of opinions and concerns expressed by many American citizens relative to Super-Pac campaign funding, little appears currently being disclosed involving the makeup of this investment group or questions being posed or answered relative to any possible connections of a political nature. As of the summer of 2011 in Des Plaines, Illinois, negotiations were ongoing between Clairvest Group and Midwest Gaming Corporation. The initial phase of the Des Plaines Casino including 1150 slot machines, 30 gaming tables, eateries and bars will require a $295 million investment with an $180 million equity to be held by Clairvest and $47.5 million in partial payment for a casino license. The project's proximity to O'Hare and downtown Chicago make it a prime target in keeping with Clairvest's goals and policies.