Canada: The Uncertainty of Sport Betting 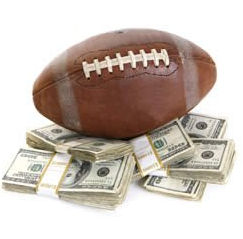 Predicting the legalization of single sport betting in Canada is about as easy as predicting the future legalization of online poker in the USA. Canadian Criminal Code permits par i-mutual betting which is defined as placing bets on more than one sporting event at a time. Under current Canadian ordinances, each of the five provinces has the right to develop and implement wagering practices and policies and to form a lottery commission for the purpose of oversight as opposed to gaming/gambling legalization in the U.S., which could result in 50 different sets of rules, policies and regulatory entities.

Canadian Bill C-290 ultimately places this issue up to individual provincial discretion and furthermore suggests that operational licensing guidelines be instituted in conjunction with each provincial government. One bone of contention appears to be that Bill C-290 is stuck somewhere in the stack of documents awaiting Senate action. Unlike the U.S., the Canadian Senate is an appointed/non-elected body whose duty is to rubber stamp bills that have received enough votes for passage by the House of Commons. Sen. Linda Frum questions the amount of time that has been spent in close, line-by-line scrutiny of the bill. One fly in the ointment appears to be that single sport betting opens the door to fixing issues. In some parliamentary circles, innuendos have surfaced maintaining that a fixing issue to avoid confronting/debating the bill itself is occurring in Senate/Red chambers. Proponents argue that passage of C-290 will result in revenue generation.