Canada: Vaughan may have a New Casino! 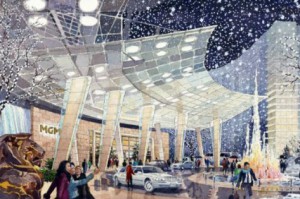 In Vaughan, Canada, to have or not to have a casino is a question that has instigated a viscous cycle. Many citizens and town councillors want the revenues but do not want the casino in their backyard. According to the Mayor of Vaughan, the pros far overshadow the cons for the construction of a casino. The mayor and several councillors cite what some refer to as the bait package offered by the Ontario Lottery & Gaming Commission. The package includes an estimated $3 million property tax increase, 8,000 permanent jobs and 3,000 temporary construction jobs. A recent vote tally showed five councilmen in opposition to a five councilwomen affirmative vote. At this point in time, Vaughan city officials have advised the OLGC of their proposal that focuses on hotel and entertainment venue expansion within the boundaries of Vaughan.

Two proposed sites are the Vaughan Metropolitan Centre and an undeveloped plot of land adjacent to a new subway depot slated to open in 2016. Regardless of which site is the final candidate, a $1.2 billion incentive has been offered by an unnamed gaming operator whose only stipulation is that the final venue not be a stand-alone casino. It is understood that the undeveloped land is favoured since the majority of Vaughan residents desire a minimum 800-room 5-Star hotel, with the majority of the proposed site to be occupied by a convention centre and entertainment venue. In the court of public opinion, the jury is still out relative to issues such as property value decline, gambling addiction and increased criminal statistics. As is normal with most projects of this type and magnitude, opinions related to social impact versus revenue generation are all over the map. According to news media sources, as Toronto backed out, Vaughan jumped on the bandwagon citing its mission to make life better for its citizens even though some Vaughan residents expressed concerns revolving around family income problems, gambling addiction and crime commission.

While council members in Vaughan are holding weekly meetings with constituents for the express purpose of soliciting public input, city leaders of nearby Markham expect to announce a final decision by Summer 2013. According the May 27, 2013 edition of the Toronto City News, Vaughan's proposal calls for the erection of a parking garage, since no outdoor parking will be allowed. The casino floor must occupy no more than 15 percent of the total convention centre and hotel space, and all structures must adhere to LEED construction guidelines.