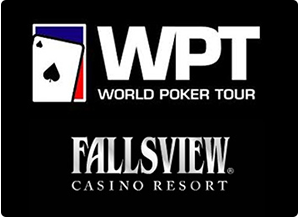 As we reported not too long ago, the increase in the popularity of Poker in Canada has been rather monumental, with Casinos hosting their own tournaments on a regular basis. Fallsview Casino was chosen out of a host of Canadian Casinos to be the latest addition to the Canadian leg of the World Poker Tour. The venue is one of Canada’s best-loved and most prestigious Casinos, located with incredible views of the Niagara Falls. This year the tournament concluded with the main event, hosted at Fallsview Casino, last weekend. The final event held the biggest Poker pot of the tournament so far, with Poker fans crowding around inside the Casino to bet on the Canadian favourite.

Canada has enjoyed unprecedented success at Poker tournaments around the world over the last couple of years and fans had a feeling that the Fallsview Casino final would be no different. Their faith in the ability of the remaining Canadian paid off in the final hand. Matthew Lapossie – a Pro Poker player from London Ontario – successfully walked away with the 2014 WPT Fallsview Poker Classic Prize of CA$326,000, the largest sum of money he’s won to date. Lapossie’s win was not easy, having competed against 383 players to earn his position at the final table. However, as the game took shape, Lapossie’s position began to look string, taking a significant chip lead over his opponents early on by eliminating Peter Labib. As six further players dropped out, it was a head to head between Canadian favourite Lapossie and opponent Dylan Wilkerson.

The final hand was dealt: Wilkerson went all in on a pair of fours; Lapossie, as the player with the most chips; called him with an Ace and 5 of spades. The cards in the whole were revealed to shoe the Ace of clubs, 10 of hearts, 6 of clubs, 6 of spades and 2 of hearts. This meant that Lapossie was able to form a pair with the Ace, beating Wilkerson’s pair of 4s and winning the title.