The Best Christmas Ever for One Lucky Canadian Lottery Winner 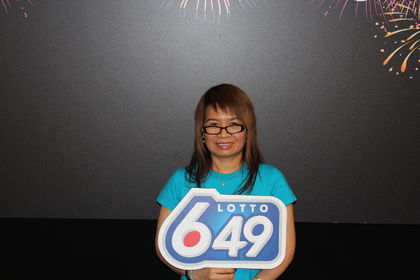 Mrs Bui Phan became the Canadian lottery’s biggest fan this week as she received an incredible CA$1 million windfall from the lottery ticket that her husband purchased as a Christmas present – now THAT is what I call a stocking stuffer! Mrs Phan from Calgary in Canada was overwhelmed with excitement when it turned out that the ticket her husband bought for her for Christmas was a winner. That night the couple had checked online to see if she had any of the numbers an, low and behold, it was as if all of her Christmases had come at once! Mrs Phan discovered that her number – 35790612 – was a perfect match for the numbers on the screen; she couldn’t believe it! The Western Canada Lottery Corporation makes it easy for players to check their numbers nowadays thanks to the online service, and it can even be done on mobile phones as many mobile casino websites and Casino Apps announce the winning numbers.

The WCLC also has its own Lotto 6/49 Facebook page to remind players to check their lottery numbers via the social network, and to keep them updated of all of the latest lottery news. Mrs Phan graciously accepted the money, sensibly commenting, “It’s a pretty nice present that I’ll use to pay off my mortgage.” She continued, “I was so excited. It’s just been great. I think I’ll take some time to relax” A Western Canada Lottery Corporation spokesperson, Andrea Marantz, released the following statement: “It has been absolutely amazing – there have been 11 winners of CA$1 million or more in the region in the last 11 days of 2013. Those prizes have added up to CA$74 million. Clearly the locals have been using some smart strategies.” Another woman from Calgary claimed nearly CA$8 million in the same lottery draw, making 2013 the best Christmas ever for many of Calgary’s luckiest lotto players.