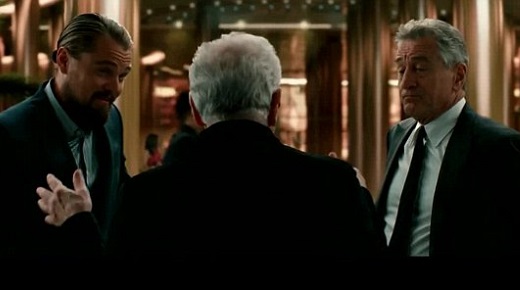 Hollywood legends Leonardo DiCaprio, Brad Pitt and Robert De Niro have teamed up under acclaimed director Martin Scorsese to work on a new project – but their first collaboration might not be what you expected.

This new film isn’t Hollywood blockbuster but in fact and advert for a Casino. The actors are rumoured to have got on board with the project after being offered a massive US$13 million each!

The short film is to promote the City of Dreams Casino in manila and Studio City Casino in Macau with the entire project costing a massive $70 million. Several trailers have been released this week revealing a glimpse at what the film, called The Audition, holds in store.

The full short will be launched in the middle of 2015 at the opening of Studio City Casino. Directed by Martin Scorsese and written by Terence Winter (creator of Boardwalk Empire), The Audition has got the internet buzzing with excitement.

Many are particularly curious as to how it’s taken essentially a Casino advert to get these top actors to work together on a project. The plot of this new short movie appears to show both DiCaprio and De Niro flying out to Studio City Casino in Macau to audition for the same role in a Scorsese movie.

Brad Pitt’s only appearance so far in the trailers is on a billboard in the background but it’s expected to make more than just a cameo appearance in the finished work. Brett Ratner who produced the film commented, “This short film is a historic event because it is the first film ever to star such legendary actors as Robert De Niro, Leonardo Dicaprio and Brad Pitt in one film together.

“Our hope is that the trailer for “The Audition” gives audiences and early look into what will surely be an important cinematic experience directed by one of the most culturally influential directors in the history of Hollywood films.”