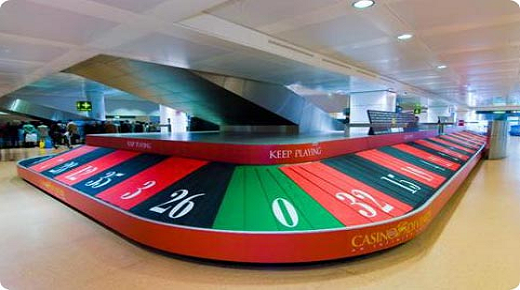 After Election Day 2012 is over and the expenditure for advertisements by both parties especially in the battleground states have been tallied, experts employed in the economic sector of our country may be surprised to learn that Nevada casinos are waiting offstage ready to outdo any amount of money that has been spent on electoral advertising H2 Gambling Capital director, Simon Holliday estimates that in the next five years, $3.5 to $4 billion will have been spent on Internet gambling promotion.

Holliday further opines that by 2017 the amount spent on gambling advertisements will far surpass that spent by insurance providers. With online gambling advertising slated to begin in Nevada in 2013, Americans are strongly advised to apprise themselves of some of the revenue predictions relative to online gambling. Overall revenue generation is predicted to grow from $1 billion in 2014 to $13 billion by 2024. The biggest benefactors of this economic upsurge are digital media companies and advertisement agencies.

Caesars Interactive Entertainment executives maintain that for the past five years advertisement has been limited to Vegas accommodation and brick and mortar casino establishments, but Caesars is rumored to be counting on free-gambling social networking sites to become the platform for the legalized promotion of real-money gaming.

The average age of social network users is 20 to 40 as opposed to that of brick and mortar casinos users being 50 and older. It is rumored that if Google alters its policy relative to anti-gambling advertisements as more states legalize gaming and enter the advertising market, Google's ad agency costs will be dramatically effected by the new SEO placement scramble anticipated to take place.

Some economic experts predict that gambling and related advertising could be a stabilizing factor for the current economic situation in view of the upsurge of job creation to adequately staff advertisement agencies. According to the latest reports, Las Vegas Sands Corps., and Sheldon Adelson have struck an agreement with the Federal Government relative to allegations of money laundering and being cited for neglecting to file a report of winnings for two high rollers.

Adelson has also been cited recently relative to a kickback scandal involving money transactions and gambling debt repayment by an ex-Fry Electronics employee in 2009. Just in time for Election Day 2012 it appears that the minds of many voters in New England may be changing relative to gambling issues. Rhode Island Del. Michael Marcello sees gambling as a needed revenue source in the state.

Many politicians and Rhode Islanders in general are keeping a close eye on expansion plans for Foxwoods Resorts Casino in neighboring Connecticut. On the other side of the coin, New Hampshire's Governor John Lynch has stated he does not want to see his state become the slot machine mecca that in his view is currently the situation in West Virginia.

According to Governor Lynch, in 1994 West Virginia only allowed slots gambling at two horse racing tracks. In support of his position, Governor Lynch cited that one county in West Virginia with a population of 37,000 residents has 37 slot-casino operations.