Casino Growth in the Philippines 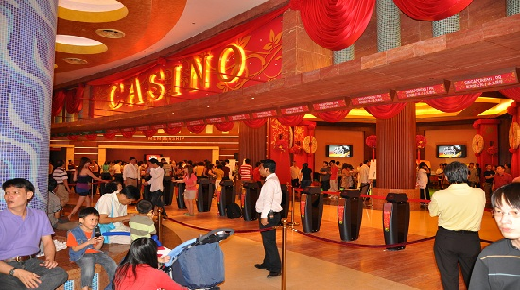 Undoubtedly inspired by the unprecedented gambling profits realized in Macau, four mega-casinos are currently under construction in Manila, in hopes to luring high-end gamblers from across Asia. The four new casinos are expected to generate $11 billion per year, and provide thousands of jobs once up and running. They will serve as anchors of the vast entertainment complex currently under construction, Bangong Nayong Pilipino Entertainment City in Manila.

This Bangong Nayong Pilipino Entertainment City is brainchild of Japanese casino and pachinko magnate Kazuo Okada and his company, Universal Entertainment Corporation. Additional gaming licenses have been issued to Bloomberry Resorts, SM Consortium and Resorts World Bayshore. The entertainment city, located on prime reclaimed land on Manila Bay, will cover 120 hectares at a development cost of an estimated $15 billion.

The Bangong Nayong Pilipino Entertainment City will be divided into specialized areas that will feature themed hotels, an amusement park, an educational and cultural complex, shopping malls, a sports stadium, restaurants, convention halls, a state of the art theater, casinos, racetrack, and residential villages. Presently, over 30% of revenue generated by existing casinos in the Philippines is from foreign gamblers.

The Philippines hopes that that the construction of the new casinos and attached amenities will attract additional foreign tourists.