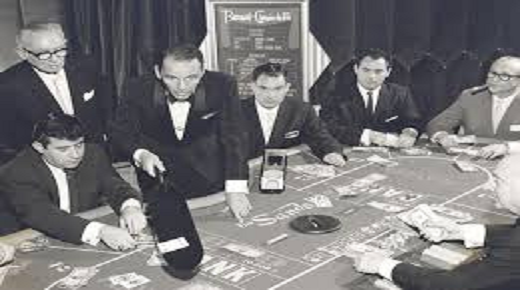 Mixed with legend, myth, and facts, the history of casino games in a long and interesting endeavor. It includes cultures and civilizations from around the globe and covers ancient Egypt, medieval Italy, and online casino gambling enjoyed today.

Gambling is more than just a game. A land dispute between Sweden and Norway was once solved by gambling. Earlier, gambling games were established to bring profit to China’s army. British gambling established lotteries to bail out newly formed British colonies. Even today, lotteries are used to fund things such as educational programs.

The long history of gambling and the many different situations it can be found in make one thing very clear: it is part of our history, and our common culture.

Dice started out in the ancient game of bone rolling. It is possibly the oldest form of gambling around as dice predates cards by several hundred years. Bone rolling began as a fortune teller’s game in ancient Egypt and slowly evolved into a game of chance. Original dice were made of bone or animal teeth. Dice in its modern form developed in Korea. Dice have also been used in the game of Promotion, a Buddhist game. Modern games such as craps use dice today.

Casino gambling took off in Europe. The word “casino” comes from the Italian language. In the 19th century, the term casino came to mean any public building in which gambling took place. In the early 1800s, most casinos were on riverboats. Cities were not to be left out of the action, setting up casinos on land. Most of these were centered in cities like New York and Chicago. Players patronizing these casinos were generally upper class. They could bet big and lose big.

In the 20th century, Los Vegas and Atlantic city became major casino gambling centers. There are also many casinos on Indian reservations throughout the United States.  Other land-based casino meccas have sprung up in different parts of the world over the years, such as the Chinese special administrative region of Macau.

Early gamblers also enjoyed cards. The first cards date to the 11th century, invented by the Chinese. The French are credited with the modern deck of cards with its recognizable suits: hearts, diamonds, spades, and clubs. Modern games such as Baccarat originated in the 15th century in Italy while blackjack was born in the 18th century in France.

Poker, which also owes its inception to the French creation of the modern deck of cards, is believed to have originated in the frontier towns of American pioneers. It was adapted from early European games that were brought over by the settlers, and became wildly popular with Native Americans too.

In more modern times, the slot machine joined the array of gambling games in the 19th century. In 1887, Charles Fey invented the first slot machine. They were first seen in bars around Brooklyn and San Francisco, and were later used as side attractions for the wives and girlfriends of the men playing table games in Las Vegas. They were soon recognised as top entertainments in their own right and the rest is history! Today, slot machines take up around 70 percent of floor space in a casino.

In the 1990s, the introduction of online casinos changed the way gamblers played. For the first time, people could play games of chance using real money from anywhere in the world as long as there was an internet connection. This brought gambling up to date with the times.

Many more people have access to casino games, and there are many more casino games to access, thanks to online casinos. Playing like this is much more convenient, which is essential in a world that just grows busier over time. Mobile casinos take things even further, and make playing and winning possible anytime and anywhere.

Casino games have come a long way from the first bone dice to the internet. Now, everyone can enjoy casino games from their own homes at any time with the advent of online casinos. New internet casino games are invented all the time, giving the player a wide range of choices.

All of the choice that online and mobile casinos offer players is truly amazing, but it can be quite overwhelming too. Luckily, that’s where we come in. We’ve found the best online and mobile casinos in Canada, and we review and showcase all of them right here. Players can trust that all our recommendations are licensed and trustworthy, so they can base their decisions on their own situation and preferences alone. Being able to choose where to play, without worrying about safety or fairness, puts players in charge of their own experiences.