Casinos Are Bustin'Out All Over Asia 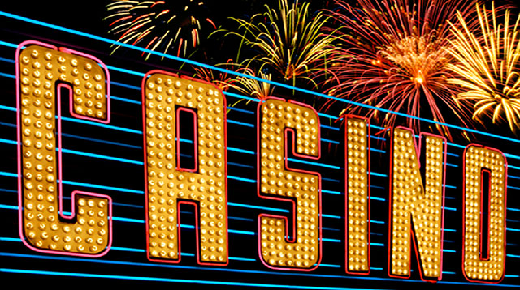 Change the word June in that old classic Richard Rogers song, "June is Bustin' Out All Over" to casino and you have the gist of what is happening in Asia these days as casinos are busting out all over the Asia much to the dismay of some and to the joy of others. Despite misgivings and warnings from members of the Catholic clergy in Manila, a $4 billion dollar casino project is in the primary stage of development. Priests have gone on record expressing their fears regarding the potential for an upsurge in gambling addiction issues.

Gambling addiction-related problems have been in existence since the first gaming facility opened in 1977. The prospect of 40,000 new jobs guaranteed to boost the economy does little to assuage priest trepidation. Russia's Pacific coastline is about to become home to an estimated 12 casinos to be erected in the Vladivostak area with revenue generation predicted to be $5.2 billion yearly. Although Las Vegas-style casinos may be new to Russia, they are quite the rage in Macau which is currently home to the largest casino operation in the world.

With assistance from American casino owners and operators who recognized its casino-development potential, Macau is now dubbed The Las Vegas Strip of The East. Singapore is quickly reaping the sorrows of its $10 billion dollar entry into the gambling world via Marina Bay Sands and Resorts World Santosa casinos. Following the opening of these two casino operations, Singapore has experienced a $60 billion revenue increase after just one year resulting in Singapore now being home to the second largest casino mecca in the world.

Singapore is leading in the fight surrounding infiltration by organized crime factions and other corruption practices invading their land. An estimated 40,000 natives are currently banned from the casinos due to being disqualified by bankruptcy filings and enrollment in public assistance programs. Just 10 miles off the coast of mainland China, casino fever is catching hold in Taiwan.

According to news sources, citizens of Taiwan are being encouraged by promises from business moguls, such as American-born Bill Weidner, to believe that the casinos will generate new jobs for a minimum of 5,000 residents. Educational facilities are currently in place to assist these future casino employees in acquiring the technical skills necessary for successful casino operation.

Positive reactions involving the project are being garnered by hints of future personal stipends estimated to be $2,660 per month for every adult citizen of Matsu. Being fully aware of the economic situation in Taiwan, Bill Weidner admits to personally contributing $600 million to extradite project development.

Research studies conducted by PricewaterhouseCooper business consultants indicate that the Asian-Pacific gaming market is expected to increase from a 2010 calculation of $33.4 billion to $79.3 billion by 2015. All indications are that the Asian-Pacific gaming market will leave the United States in a cloud of dust as the current U.S. market is predicted to only experience a growth from the current $3.5 billion to $73.3 billion by 2015.