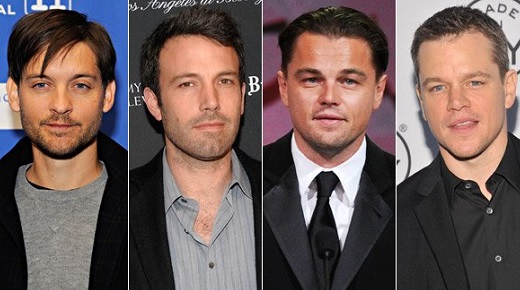 An infamous Poker dealer, dubbed the Poker Princess for her role as host to several high stakes games for the rich and famous, has now released a tell-all book revealing the sordid secrets of the A-Listers.

The Poker dealer, Molly Bloom, has released a memoir revealing details of the events she encountered when running some of the most exclusive Poker games in all of Hollywood. The book will be titled Molly’s Game and is packed full of dirty secrets from all of her former clients, including actors, athletes, politicians and many more.

Molly Bloom’s tell-all memoir comes after her sentencing last months for her part in running a high-profile illegal gambling ring. Regular stars that would attend her Poker games would include such enormous names as Ben Affleck, Leonardo DiCaprio and Matt Damon.

Before her arrest and the end of the Poker games, Molly Bloom was prized for her absolute discretion and so the celebrities felt comfortable in discussing all manner of private affairs in her company. Over the years her secret Poker games allowed her to be privy to some of the juiciest gossip ever to have been discussed.

Not only does her new book reveal details of each of the stars personal lives, but it also contains secrets about their Poker and gambling habits, too. Tobey Maguire, for example, is revealed to be an incredible Poker player, but a very sore loser and a rude person.

“I used to call Tobey Hannibal Lecter,” claimed Molly Bloom, “Because he could just talk someone off of a good hand.” He also used to be a terrible tipper with a superiority complex, once demanding that Molly “bark like a seal who wants a fish” in order to receive a tip. Needless to say, she refused.

However, Tobey’s shocking alleged response was to say “I’m not kidding. What’s wrong? You’re too rich now? You won’t bark for a thousand dollars”

It’s no surprise that Ms Bloom has decided to break the trust of these Poker-playing celebrities if this is the way that she was treated. Molly Bloom did have one clever trick up her sleeve to placate the arrogant A-listers, and that was to invite several top sportsmen to the game.

She claimed that “there’s something that happens to grown men, no matter how successful they are, when a professional athlete comes into the room.” Inviting top baseball and basketball stars to the Poker games was a great way to keep the actors and musicians in line.

Things began to fall apart for Molly Bloom when she became increasingly greedy, demanding a certain cut of the Poker pot instead of just tips. This meant that her actions, whether she realised it or not, turned from legal gambling activity into organised crime. Soon after, one of Molly’s games was raided by the FBI and her bank accounts frozen.