Celebrities And Their Favourite Casino Games 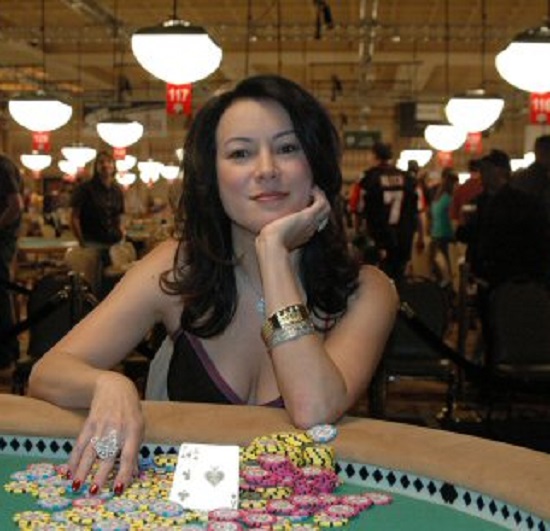 One of the main perks of being a celebrity is that you get to do exactly what you want, when you want to. Not really being bound by the limits of time or money certainly goes a long way towards achieving this. Of all the activities and pleasurable indulgences that people choose to engage in when they are free to live to their heart’s content, being able to play all of your favourite casino games whenever and wherever you choose, is probably the nicest part of being a celebrity. As is the case with ordinary people functioning in everyday society, celebrities too, have their favourite favourites when it comes to casino games.

Poker in itself is about as celebrity as casino games get. Who then better than actress Jennifer Tilly to top our list of celebrity Poker players? The Liar Liar and Haunted Mansion actress loves a good old game of Texas Hold’em Poker and she isn’t afraid to throw high-stakes money at it either. The really interesting bit about Jennifer’s journey with Texas Hold’em is that the actress actually won the World Series of Poker Ladies Championship in 2005. That’s not something that just anyone can lay claim to, celebrity or no celebrity!

He may not be a World Series of Poker winner like Jennifer Tilly, but as far as the love for Poker goes, Toby Maguire is also near the top of the list. Maguire, famous for being Spiderman in Marvel’s superhero movies, is however famous for more than just Spiderman and a love for playing cards. He has become quite notorious for being a very sore loser! So much so, and so intense his desire to keep on winning at his favourite casino game, that Maguire has gone as far as taking lessons in playing Poker from a professional Poker player. Now if that’s not commitment to the game, then we don’t know what is!

People are fascinated with the game of 21, both ordinary people and celebrities alike. One needs only consider the number of movies that have been made about Blackjack in order to appreciate this fact. For many people, the immense lure of Blackjack is found in the fact that there is a measure of control involved. A solid strategy will get you everywhere, unlike games of chance like Slots or even to an extent, Roulette. As far as our celebrity fans are concerned, when it comes to Blackjack, Ben Affleck is our poster child.

Affleck is often spotted roaming the passages of high-stake events, and has recently gotten a few raps on the wrist for going around dishing out in excess of $150 000 to dealers after having won $800 000. At high-stake Blackjack tournament events, this type of behaviour isn’t exactly considered to be classy or very celebrity-like. Another fan of Blackjack is none other than golf’s golden boy, Tiger Woods. Not unlike the want of many other high-profile sports stars, Woods is notorious for indulging only in high-stake games and has been known to throw $20,000 bets around as if these were $20 bills.

Many players would agree, slots are a naughty and especially pleasurable indulgence. That goes for the celebrities too. Just ask Baywatch babe and actress Pamela Anderson. Pamela reportedly loves playing Poker too, but her all time favourite casino game indulgence is none other than playing the ultimate games of chance, Slots. There’s even a game that features Pammy in all her glory, so she’s truly been immortalised on the reels.

Spinning the ultimate wheel of fortune appeals to many players, and that certainly includes the rich and the famous too. Surely it helps that Roulette has managed to attract the reputation of being a game that the elite can feel comfortable indulging in. It was, after all, a firm favourite among French royals! National Basketball League star Charles Barkley has certainly taken the elite factor of the little wheel to heart. The NBA star is often spotted in Vegas, and mostly indulging in his favourite casino game, Roulette.

What’s more, Barkley has a trusted sidekick joining him when playing the most famous wheel of all time. So who is the man always at Barkley’s side, come rain or shine, win or lose? None other than Tiger Woods. It seems then that Woods is a fan of more than just trying to get to a hand of 21.