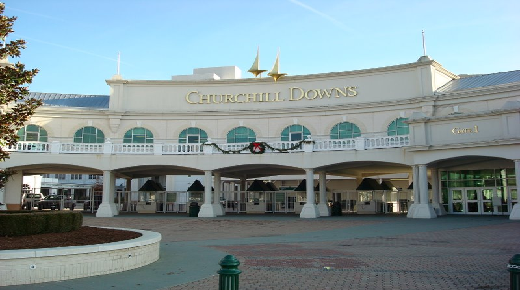 Churchill Downs, operator of the famous racetrack in Kentucky that the Kentucky Derby is run on has recently filed for a gaming license in Nevada. They have done this so they can begin some new services that are interactive and that coincide with the state's new foray into Internet gambling.

Shuffle Master has also received a preliminary approval from the state of Nevada which may lead to them receiving a license. Twinspires.com, an online wagering service for Churchill Downs race tracks and other race tracks throughout the country is also operated by Churchill Downs, Inc.

Twinspire has also made acquisitions of Bluff Media and Youbet.com over the years. The assets now owned by Bluff Media include a poker magazine known as Bluff Magazine, and an online data tracking company known as The PokerDB. They also own the websites bluffpoker.com and bluff.com.

The licensing in Nevada would allow them to pursue Internet poker options in the future when it does become legalized on the state or on a federal level. Churchill Downs now owns Harlow's Casino Resort in Greenville, Mississippi and the Calder Casino & Race establishment in Miami Gardens, Florida.

They also own the famous Chicago racetrack Arlington Park. One reason Churchill Downs has its sights on Nevada for its online operations is that the state recently adopted regulations that allow real cash wagering on Internet poker.

This can only be done, however, within the boundaries of the state of Nevada. Nevada has become an attractive state for companies seeking to expand their operations into cash gaming online.

The state has been a pioneer in gaming regulations and will most likely continue to see an increase in applications for licensing by other companies interesting in also beginning gaming operations in Nevada.