Protests Against the First Online Gaming License Given in the US 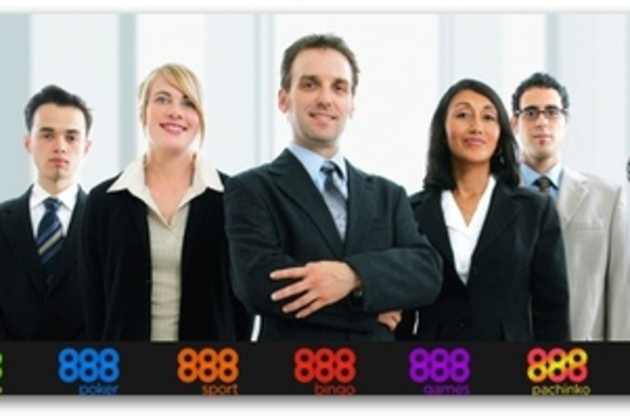 Competition for new gaming licenses in the States has been intense and it recently emerged that one of the first gaming groups to be granted a license has a reputation for aggressive spamming and blog pushing. 888 Holdings is reportedly one of the first to receive a coveted US license, finally managing to tie up a deal to operate under Nevada’s more lax gaming laws.

The company is based in Gibraltar and has not been operational in the US market since at least 2006, coinciding with new federal laws outlawing internet gambling. Many in the online gaming community raised eyebrows when it emerged that 888 Holdings would again be allowed to operate within the United States, as the company developed a reputation for running a notorious spam operation which targeted thousands and thousands of people.

A particularly aggressive approach to online marketing and a tendency to bulk spam lead to many within the industry developing a negative perspective on the 888 brands. Some of the brands which 888 are responsible for include  including 888bingo, 888poker, 888ladies, 888sport, Pacific Poker, Reef Club Casino, and Casino-on-Net and the company has also traded under the name of a subsidiary, Cassava Enterprises.

For a period of roughly 8 years from 2000 onwards the affiliate arm of the company became well known for virtually swamping the net with pop-ups, mass email blasts and aggressive, in your face type marketing ploys.

Although it could be argued that at the time the online gaming market was so intensely competitive that almost all brands were indulging in similar tactics, 888 seems to have had by far the lion’s share of poor reception amongst internet users, perhaps as a result of their omnipresence.

The International Gaming Affiliate Marketing Initiative (IGAMI) has TWICE blacklisted 888 for what it termed "unethical affiliate practices including scraping and spamming" and "numerous instances of blog and forum spamming." Further to this the well-known Casino Affiliate Programmes took the almost unprecedented step of suspending 888’s certification during 2006 and contacted the company with a view to cut down on the volumes of spam it sent.

Further gaming player groups joined forces and condemned the poor performance of 888 Holdings and its unethical behaviour. A total of 36 groups made their dissatisfaction known publically.

While 888 still has one of the best affiliate programmes on the web, it has now cleaned up its reputation and vowed to ditch its spammy past. 888 public relations officer Andrew Benbow, says the company now only ever pursues "very good targeted marketing" strategies.

He further elaborated that it was “not to the company's benefit anymore to annoy people about the brand name."

Who will be next?

As the US market is seen as being particularly lucrative there is intense competition about who the next license will be granted to and as 888’s success has shown, past reputation doesn’t seem to hinder a bids potential to succeed. 888 is a publicly traded company with an $863 million market value which gives it considerable clout to build up a big market share in the States.

The next step of the licensing game that gambling insiders will be watching closely is who comes next and can they compete with 888 after the head start it has surprisingly been granted.