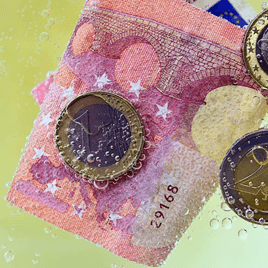 The search for answers and accountability remains ongoing as the Cullen Commission continues its inquisition and enquiry into British Columbia’s money laundering activities. High roller casino players have come under the spotlight during the course of the inquiry, as have the casinos that welcomed them, and their high-level staff.

Involving a scope of industries, most notably the casino and real estate sectors, the enquiry will next move its focus to hearing testimonies by former British Columbia Premier Christy Clark – along with several current ministers – at the end of April.

Appointed to head the investigation and hearing of testimonies in 2019, Supreme Court Justice Austin Cullen has yet to make any concrete findings in terms of actual solid evidence. Clear from the proceedings of the investigation thus far, however, is that literally millions of dollars in dirty money has been laundered illegally in B.C. by organised crime groups over recent years.

Recently confirmed by the commission is that an additional session of testimonials will be delivered by relevant government witnesses at the end of the month. The hope is that more light will be shed by provincial government role-players following testimonies previously delivered by RCMP officials.

Clark’s testimony will be supplemented by information about to be provided by former B.C. ministers of cabinet Michael de Jong, Kash Heed, and Rich Coleman. Also delivering her testimony along with provincial ministers will be Shirley Bond, who served Clark in the positions of attorney general and public safety minister during her time in office.

The Story So Far

The commission’s goal is to present as large and complete a volume of evidence to federal government by the extended deadline, December 2021.

From the official information published on the commission’s official website, it is clear that the inquiry has not yet managed to reach the required conclusions in order to make a case for evidence and for providing a final say and ruling.

Creating further delays in terms of the finalisation of the inquiry has been the global health crisis – an unprecedented situation that forced the commission to conduct the bulk of its testimonies and hearing of reports online.

What does however remain a given is the local casino industry’s intense and close involvement in money laundering activities in the province – if only, in terms of a best-case scenario – due to inaction and carelessness.

A recurring name that has come up over the course of the enquiry has been that of former Great Canadian Gaming Corp. chief executive officer Rod Baker, who was recently requested to resign over his shameless breaking of vaccination distribution and protocols.