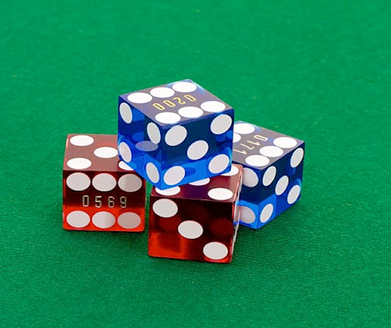 Horror tales of blind eyes turned to explicit financial crimes, a culture of tolerance towards money laundering, dodgy casino dealings, loan sharking, and even prominent figures in Crown corporation positions being actively involved in the protection of high-rolling criminals and extortionists – such was the nature of the testimonies this week heard by the Cullen Commission of Inquiry into Money Laundering in British Columbia.

The commission only recently resumed its inquiry following a postponement necessitated by B.C.’s recent electoral proceedings. And now, after not even a full week in motion, the commission has heard detailed testimonies that can only be described as shocking and eye-opening.

BCLC Not An Innocent Party

A key testimony this week has been that of Steve Beeksma, an Anti-Money Laundering Project Specialist with the British Columbia Lottery Corporation.

Testifying before the commission on Monday, Beeksma delved deep into those practises previously followed at provincial level – practises that have stood central to the worsening of B.C.’s dirty money crisis.

A former investigator stationed at the controversial Richmond-based River Rock Casino and Resort, Beeksma relayed to Commissioner Austin Cullen his recollection of incidents ranging from orders handed down by top-order management in the BCLC relating to the interviewing of high-rollers being an undesired course of action, all the way through to express instructions to turn a blind eye to criminal activities in the interests of showing a profit.

Tuesday’s testimonies would fare no better than those heard the commission on Monday. According to a testimony delivered on Tuesday by former Richmond RCMP Chief Ward Clapham, he had during his time serving the local branch of the RCMP, received a telephone call from a prominent GCGC executive, during which phone call said person informed him of the fact that police officer patrols were negatively affecting the casino’s business, and were as such, undesirable.

The commission also heard how Clapham had shortly the official opening of the casino started to notice a definite shift from a community policing point of view. What he had noticed, testified Clapham, was an increase in loan sharking, blackmailing, physical assault, and more. Clapham, heard the commission had come to think of River Rock Casino and Resort as a “growing monster” during his term spent serving the local community.

Perhaps most shocking of all however, is the emerging during this week’s testimonies of a specific recurring theme – that of the involvement of senior figures of authority in the employment of the BCLC in the actual stimulating of the local money-laundering movement.

According to Tuesday’s testimony given by BCLC casino investigator Stone Lee, it had been Terry Towns, formerly the BCLC’s Vice President of Corporate Security and Compliance, who had in 2012 ordered a group of casino investigators to “stand down” on questioning those guests he considered classifying as serious gamblers, i.e. high rollers.

Stone Lee, who was reportedly during that year stationed at River Rock Casino and Resort, told the commission how he had interpreted said order handed down by Towns to have meant that he and his fellow investigators were to immediately stop doing what they were doing by interviewing persons suspected of money laundering.

But Towns wasn’t the only high-ranking person implicated this week. Great Canadian Gaming Corporation (GCGC) President and CEO Rod Baker’s is a name that could repeatedly be heard popping up all throughout the course of Monday as well as Tuesday’s proceedings.

Baker is said to have been explicitly opposed to BCLC officials and especially uniformed police officials, even to the point of as much as only being seen inside of River Rock Casino’s VIP salons.