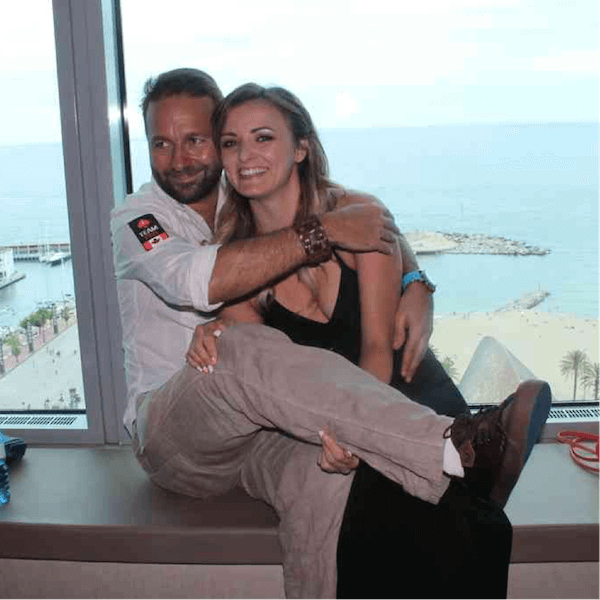 Daniel Negreanu recently made it public that he is engaged to his girlfriend, Amanda Leatherman, who hosts the Facebook Watch Channel’s Friday Night Poker. The card-game champion released the news on Twitter on New Year’s Eve with a picture of her engagement ring and a comment confirming that she has agreed to be his wife.

Negreanu, who hails from Toronto originally but now lives in Las Vegas, has won the World Series of Poker 6 times, and the World Poker Tour twice. It is estimated that he’s won almost US$40 million since he took his first purse back in the mid-90s, and holds the record for the second-largest Live Tournament win ever. He got inducted in the game’s Hall of Fame in 2014.

The Bellagio Casino in Sin City has been Negreanu's main gaming locale, where limits are at least US$800 per play. He is well-known for being very open about how successful he’s been, explaining that he reads his rivals by looking at the Hands they play and how well they are able to play them.

Negreanu's personal life has attracted almost as much interest as his skills at the table have, and he’s been through a number of high-profile romances. He dated fellow professional player Evelyn Ng for 2 years, and was briefly married to Lori Webber for the same amount of time.

Leatherman is a former player as well, and she dated Negreanu a few years ago but ended the romance when she decided she’d had enough of the party lifestyle that always seems to accompany Poker. When she made a return to the scene, it was as a Big Game Host, and when she moved back to Vegas the scene was set for her reconciliation with her old beaux.

Negreanu has hinted that they may make things official in the spring and that starting a family is definitely on the cards. He revealed that he’d actually purchased the engagement ring the first time they got together but never got around to actually popping the question. He said that this time he knew he couldn’t let her slip away, and when she moved in a few months ago he started planning the proposal. He wanted to make sure that he asked for her hand at the right time, in a romantic fashion, and it looks like he managed to do just that!