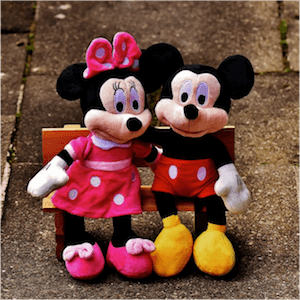 Florida’s Seminole Tribe and Walt Disney have banded together to stop the expansion of the Florida casino industry. This move will ensure that Seminole Tribe continues to own and operate most of the gambling establishments in the state. Together, the two organizations have donated millions of dollars to an anti-expansion measure.

Various reports have come out stating that the organizations have donated between $5 million and as much as $36 million to the campaign. This would make the Yes Campaign one of the most heavily corporate funded campaigns in the state.

Amendment 3, which is up for a vote in November, will strip the power of the legislature to expand the casino industry in its entirety. If passed, the amendment will require any expansion to be voted on by the citizens and will require a 60% yes vote to be approved.

This means that the legislature will be unable to expand the industry simply by passing new laws. It will not, however, affect the state’s ability to regulate and tax such operations.

The motivation of the Seminole Tribe has been described as self-serving by Dan Adkins of the Citizens for the Truth About Amendment 3. The tribe would lose its legal monopoly should expansions be approved, however despite the large donation received from the tribal enterprise the final say is in the hands of the citizens.

Disney, on the other hand, has said that the approval to expand the casino sector could negatively impact the states family-friendly reputation with tourists. Should the expansion go ahead, Florida could be the new Sin City, affecting Disney’s bottom line.

There are certain organizations that are against the amendment, such as the Tampa Bay Buccaneers and the South Florida Sod Farm, LLC, which is owned by the Miami Dolphins. Each organization donated $500000 to fight against the amendment. Following the Supreme Court ruling which has allowed states to legalize and regulate sports betting, an Amendment 3 will make it close on impossible for sports betting to be legalized.

For the sports teams, this means an end to any plans to capitalize on the newly approved sports betting regulations.

Despite Florida being an excellent location for casinos to expand into, a recent poll has revealed that 54% of respondents were against expansion, 28% are for, and the balance yet to decide.

Florida attracts millions of tourist each year, and has a large population of retired citizens who could enjoy whiling away a few hours at the local casino. This makes it appealing to operators looking to cash in, and makes the battle that little tougher on all sides.