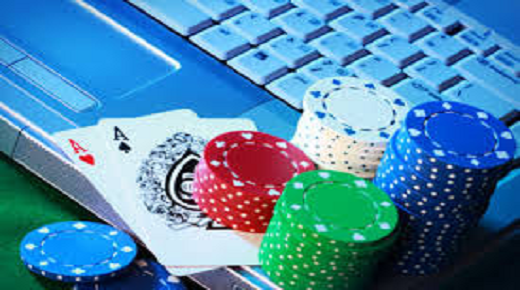 Don't bet on the legalization of online poker in 2012. In the Court of Public Opinion, the jury is still out following a ruling by U.S. District Court Judge Jack Weinstein because his decision only applies to New York. In his ruling, Judge Weinstein maintains that poker is a game of skill akin to chess and therefore does not fit into any dictionary definition for gambling.

Judge Weinstein further opines that prior to the legalization on online poker an Online Poker Oversight Office should be created as an arm of the U.S. Department of Commerce. The primary function of this office would be to formulate a set of regulations with exceptions being made for tribal activity, state lotteries, in-state gaming websites, and land-based casinos electing to operate online poker websites within their state's borders.

Judge Weinstein further advocates that all venues be licensed, allow only online poker and horse race wagering, and be prohibited from accepting out-of-state gamers. While this news may come as a disappointment to those eagerly awaiting online poker legalization in 2012, there are online poker websites currently operating legally in the United States.

Game sites listed at tightpoker.com are not affected by the Unlawful Internet Gambling Enforcement Act. E-wallet, e-check, and credit cards are accepted for financial transactions at these sites. Nevada Sen Harry Reid's proposal HR2267 appears to have become a political football deemed too big to pass through a basketball hoop mounted at the top of a muddy downhill ski slope.

Hopes for passage before November 6, 2012 appear slim since Congress will adjourn October 8th to allow time for member- participation in the election/re-election campaigns of their home state. The tax revenue rider, HR4976, which Reid planned to attach appears to be stalled because there is no Federal tax law addressing revenues generated from online casinos and individual winners.

Opponents of Reid's proposal cite that his SuperPac includes substantial contributions from casinos in Nevada. Another gem found discretely hidden among the loopholes of HR2267 is a stipulation that no license be granted to online poker sites currently listed at tightpoker.com for a period of five years following Internet gambling legalization.

Reid's bill also directs existing online poker sites to be taken off-line for a period of 15 months prior to the 2014 date upon which the law would be effective. In response to Reid's proposal, Republican Sen Barton accused Democrat Sen Reid of protecting Nevada Gaming Commission interests since at this point in time, Nevada online poker websites are in a hold pattern.

The stipulations regarding tightpoker listings would provide a definite edge by negating any possible competition with Nevada casino websites. Many who tread the Capitol hallways share Sen Barton's belief that all online poker website should be required to apply for a license from the Federal Government. Barton further suggests that all states should have the right to opt-in or opt-out of participation in online gaming.

Legal language should also be in place addressing penalties for residents of non-participating states who attempt to play on another state's website.