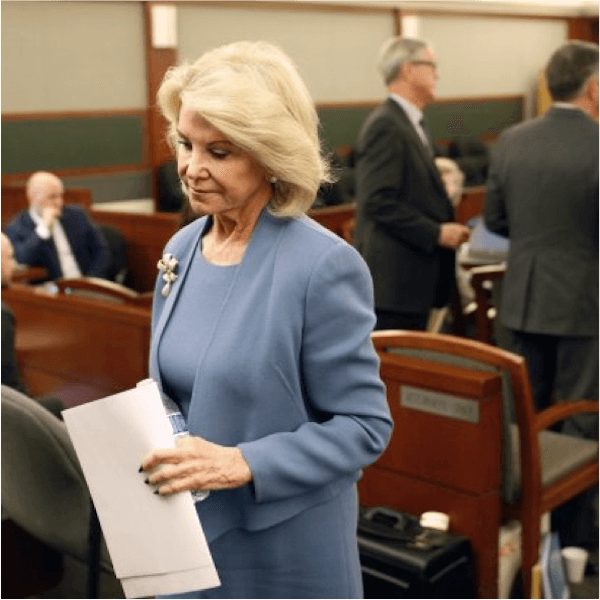 Wynn Resorts, the former empire of disgraced casino boss, Steve Wynn, is under fire again – this time from Steve’s ex-wife and now majority shareholder, Elaine. This comes less than a month ahead of the Annual General Meeting, which Elaine also hopes to postpone until the court case has been finalised. The issue over which Elaine is taking the company’s board of directors to court is the fact that the names and details of all common shareholders have not been released to her despite repeated requests. This is also despite that fact that, owing to her ex-spouse’s recent resignation, Elaine is now the company’s majority shareholder and is, thus, legally entitled to this information, according to Nevada law.

As mentioned, as the majority shareholder, Elaine Wynn is legally entitled to access the names and contact details of all common stock owners, as well as the number of shares owned by each of them. The only condition on this is that each shareholder has proved his or her permission for this information to be disclosed. Her lawyers contend that the standard document – referred to as the non-objecting beneficial owner (NOBO) list – containing this information is already in the possession of the company’s directors.

They, therefore, contend that the Wynn Resorts is withholding this list despite the fact that no expense of time or money would be required to compile it. Under both state and federal Delaware law, say her lawyers, shareholders of any Nevada corporation are entitled to access its NOBO list. They also argue that the directors’ failure to release this list has placed her at a distinct disadvantage, as she is unable to communicate directly with shareholders, as the directors themselves are able to do.

Elaine has long been at loggerheads with Wynn Resorts board of directors and has recently been actively campaigning to have old legacy members with replaced with younger directors. Specifically, she has been pushing for the removal of the company’s current director, John J. Hagenbuch, by the end of this month. Her Withhold the Vote campaign included a letter to all shareholders in which she requested that they refrain from voting in favour of Hagenbuch’s continued directorship.

Hagenbuch should be removed, because he was on the compensation committee responsible for the questionable remuneration of Steve in 2015. She added that, under Hagenbuch’s watch, the company failed to hold say-on-pay votes in 2015 or 2016 and that, in 2017, the proposal only received 59% support. This, she concludes, placed Wynn Resorts in the bottom 10% of Russell 3000 companies with regard to such votes last year.