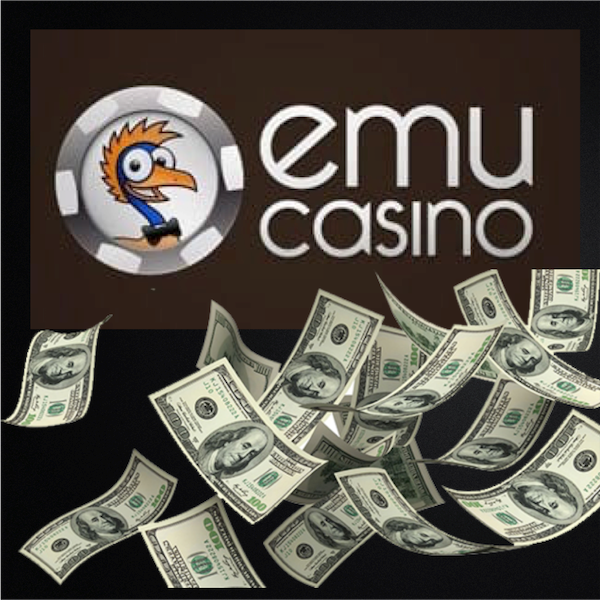 A young player in Victoria, Australia, has just won a life-changing payout from EmuCasino. The popular site rewarded the 26-year-old, who has identified himself simply as Chris, $60,000 in Live Roulette, and almost $130,000 on the 3 Witches slot title. His biggest winnings, however, came from the intriguing Wolf Treasure slot. In total he walked away with almost $1 million, after betting no higher than $200 per spin.

The action in Wolf Treasure plays out across 5 reels, 3 rows and 25 fixed paylines. The IG Tech release is themed on the Wild West, but from the perspective of the beautiful animals who live there. That means that, while the font for all the letters on the screen is the same as what you might see in the opening credits of a cowboy movie, the icons include gorgeous eagles, mustangs, wild cats and buffalo.

The wolf is the Wild Symbol, of course, and a gorgeous North American prairie behind the reels sets the scene even more. The Wild stand in for any regular icon to complete paying combinations, and other special features include Scatter Symbols and Respins. As well as all this, there are 3 jackpots up for grabs - there's no reason you couldn't be as lucky as Chris was, and trigger the next Mega Jackpot.

Even without the progressive Mega Jackpot, Wolf Treasure would be a very rewarding game. The top jackpot in the base game is 500x your total stake, and with a theoretical Return to Player Percentage of 96% there is always a good chance of winning that or one of the other great payouts. You can bet as little as $0.25 or as much as $250 per spin, so everyone's budget is accommodated.

Although it is clearly an Australian-themed site, EmuCasino's popularity continues to grow in Canada and around the rest of the world. As well as superb games and promotions, the casino offers great security, support and banking.

Licensed by the government of Curaçao and independently audited by eCOGRA, you can trust the operator to provide fair entertainment and rewards, in a completely safe setting, at all times. Since so many top developers power the site, including NetEnt, Microgaming, 1x2 Gaming, Multislot and Evolution Gaming, it functions perfectly on any device.

As well as the high standards that EmuCasino maintains, the operator accepts Canadian Dollars so players in this country will find it very convenient to bet and win here. Anyone who needs another reason to sign up should look no further than the brand's mascot, which comes in the form of the adorable Eddy the Emu.

Emus can only look forward and not backward. Since they only ever want to move in that direction, the operator explains, these birds embody their philosophy perfectly. The amount of fans that the casino has around the world suggests that players appreciate this approach to providing gambling services.