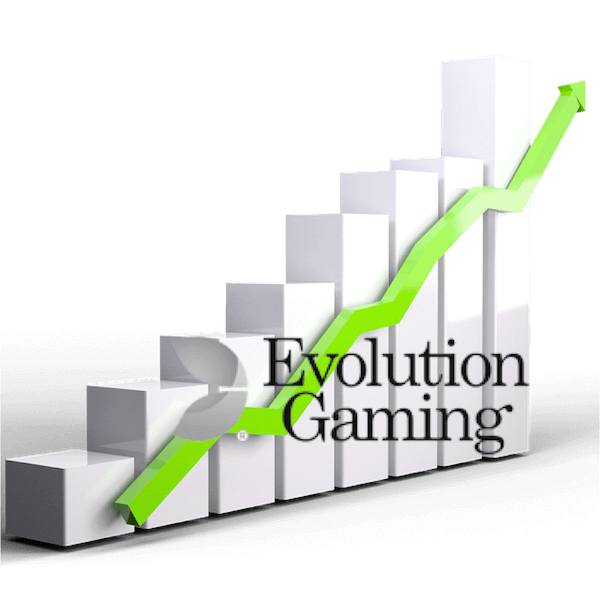 Evolution Gaming is an industry leader in the live dealer casino specialist’s spectrum and it’s not difficult to see why. The group nearly multiplied their profits by two during 2017, the success of which has been put down to expansion of existing products as well as the incorporation and development of new ones. The figures speak for themselves. The company generated revenue to the tune of a staggering £50.7m during the last 3 months of 2017, an increase of 48% from the previous year. Evolution Gaming’s CEO, Martin Carlesund, assured investors that the company would continue do endeavour to do well and catapult its revenue income to even greater levels. Carlesund said that the biggest contributor to the group’s success was the expansion of the company’s existing live casino studios. Apart from having expanded its existing Riga and Bucharest studios, Evolution Gaming also developed and built its very first studio outside of the borders of Europe. This was done in partnership with the British Columbia Lottery Corporation’s PlayNow.com. The site launched its virgin live casino a couple of weeks ago.

Carlesund did warn of potential pressure on costs going forward, as the company is currently engrossed in an investment phase. The development of new products is bound to reflect in the figures going forward. New products include a world’s first: a live casino version of Texas Hold’em Bonus. New variants of the ever-popular Baccarat are also in the pipeline.

Evolution has also recently started dabbling in the development of what is known as First-Person Gaming products. Players are able to engage in live popular casino table games in the first person. The group is expecting sizeable revenue income from this product alone. As far as VIP gaming is concerned, Evolution Gaming is at the forefront of progress here too. The launch of Salon Privé will enable operators to offer an exclusive VIP table to their online patrons. The initiative will include a high-limit table that will only be available to those individuals with very deep pockets. Everyday Joe’s will simply not have the means to compete. The draw-card is being cited as a table where unique individuals will be in a position to structure the game around themselves in a custom-designed way that will cater to their specific gambling needs. It seems as if 2018 is going to be the year to trump even the exceptional figures generated by 2017.