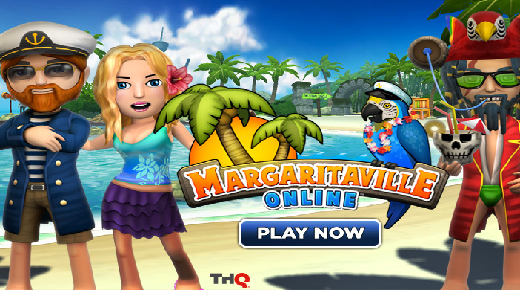 Several Las Vegas strip casinos are beginning to enjoy a presence online. They are doing this in the form of games for people to play on the wildly popular social networking website Facebook. Las Vegas is always looking for new ways to diversify. Offering fun and popular games on Facebook could ultimately lead people who have played the games there to step into the casino buildings while they are visiting Las Vegas.

Casinos in Las Vegas are starting to offer special discounts to players of online games on websites like Facebook, and could potentially see an increase in business because of those discounts. The hope is that this virtual audience will one day decide that they want to play for real instead of only online for virtual prizes. They may decide they want to try their luck at winning very real prizes in a casino building.

Virtual online games on Facebook like Farmville have become exceedingly popular. And a new game introduced called Margaritaville Online is associated with the new mini-casino called Margaritaville on the Las Vegas strip located inside the Flamingo Hotel and Casino. The famous strip hotel Riviera has also become partners with a highly popular bingo platform known as Bingo Blitz.

The hope is that those that love to play the online versions of games will seek hotels on the strip in Las Vegas and decide they want to try their luck in a real way. Virtual Bingo and games like Ultimate Poker by Las Vegas' Station Casinos are some examples of online games that are hoping to attract new players to strip casinos. Slotomania, a game developed by Playtika which was just recently purchased by Caesar's Entertainment is another.

There is also a new Facebook application coming this summer called myVegas that will allow more people to play slots and blackjack online. Once people are introduced to Las Vegas casino style games online, they grow to love the games and wish to play similar games when they are in Las Vegas on their vacations. In Las Vegas' efforts to diversify, they are taking a very smart step by becoming involved in gaming on popular websites like Facebook.

Brand new collaborations are being formed every day to introduce new online games and to allow players to accumulate special deals like discounts that they can use when they visit casinos.