Fans Confident ‘Money’ Could Return To The Ring 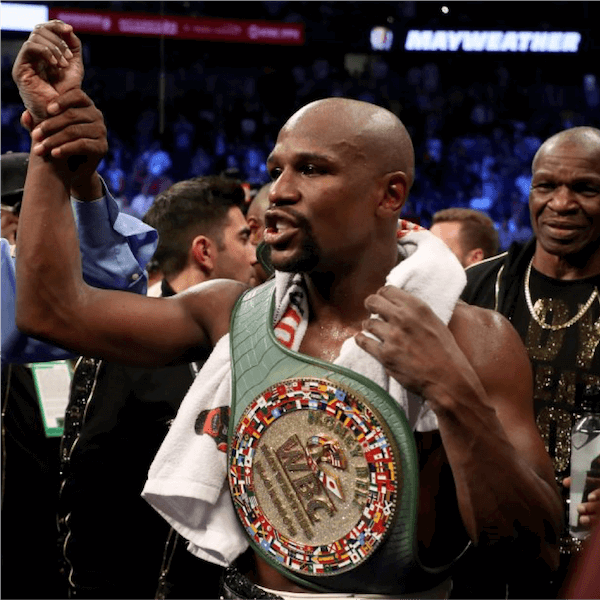 Floyd Mayweather has long been a star in the world of boxing, but his recent victory against Irish opponent Conor McGregor this August has rocketed him to a new level of stardom. Tens of thousands of spectators flocked to Vegas to witness the fight first-hand, with bookies reporting record-breaking revenues during the month of the match. Mayweather announced his retirement once again after the victory against MMA fighter McGregor in August, taking a bow after one of history’s most-watched boxing fights. However, the US national is still a hot topic among spectators: and now, Mayweather has gotten boxing fans talking once again with a recent post on social media. Mayweather posted footage of himself working out with a heavy punching bag earlier in October, and this video soon prompted widespread rumours that the undefeated boxing world champion could soon be making yet another comeback to the fighting world.

The pro boxer originally retired in 2007, but re-entered the industry soon enough. He then retired once again in 2015, returning for a last match against McGregor earlier this year. Mayweather’s victory against his opponent has left him with an astounding 50-0 record; one which any competitor would be thrilled to smash with a victory of their own. However, one UK-based bookie in particular is convinced that Mayweather will return to the ring next year. In recent casino news, Paddy Power-Betfair has already priced up a betting market on when Mayweather will return to the ring, with 2018 appearing to be the favourite so far. The odds are currently 2-1 that ‘Money’ Mayweather will appear back in the ring by next year, and his reappearance in 2019 has been priced up at 5-1. For those that think that the fighter’s appearance could be a little later, 2020’s odds have been priced at 15-2.

This, in turn, has led to major speculation as to who Mayweather will choose as his next opponent should he return. Many believe that Mayweather and McGregor could end up in a rematch to define the ultimate boxing champion – but boxing purists are less than pleased that Paddy Power have made a McGregor rematch the 5-4 favourite for Money’s next fight. Paddy Power has also revealed that possible match-ups could include another 5-1 fight against Manny Pacquiao, who Mayweather reigned victorious against back in 2015. A possible fight against three-time world champion Canelo Alvarez is priced at 6-1, a fight against Gennady Golovkin priced at 8-1, and a match against Aussie welterweight title holder Jeff Horn priced at 10-1.