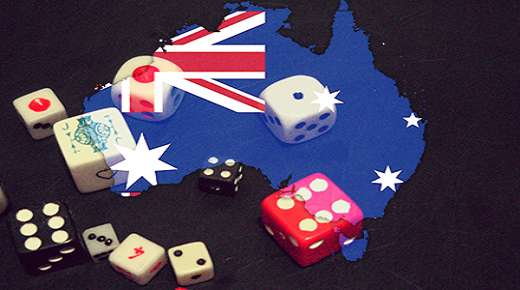 Despite economic woes of recessionary proportion being experienced by many countries around the globe, not only does gambling appear to be alive and well in Australia, but the best is yet to come. 2012 gaming industry statistics show Australia's gambling growth increased a whopping three-point-three percent.

Just in time for the 100th anniversary in remembrance of the tragic 1912 sinking of the Titanic, plans have been unveiled surrounding the construction of Titanic II complete with a fully-operational casino. Under the auspices of Australian billionaire, Clive Palmer, a contract is pending with China's CSC Jinlung Shipyard in Sydney.

Slated to make her maiden voyage in 2016, Titanic II with her ultra plush casino will be surrounded and under-girded with the finest and safest technology equipment in existence. In addition to a welded hull, plans include space for safety equipment, state-of-the-art lifeboats, and escape chutes.

To be located on the 1st class deck, the casino area will feature special screening equipment designed to allow only those passengers deemed financially affluent to enter the casino. Palmer guarantees voyagers whose income is derived from public assistance funding will be provided with entertainment activities such as dancing, concerts, and drama performances.

Although 1st class fare is rumored to be far lower than the current £50,000 value for similar accommodation in 1912, Palmer maintains since only the affluent will be able to pay upper deck fares, they can afford to gamble responsibly. According to sources, the idea for this massive undertaking was inspired by the James Cameron movie remake.

According to Reuters, a six-billion dollar casino is slated to be built in the Sydney Harbor area by Australian billionaire, developer James Parker in conjunction with Lend Lease Group. To be situated at Barangaroo, many view the casino as a rival competitor for the only casino currently located in Sydney operated by Echo Entertainment. Funding for the project will come from retirement investment accounts entrusted to Canada Pension Plan, megaphone giant, Telstra, and additional, unnamed pension fund entities.

Due to a limited amount of space, plans call for the casino/hotel complex to cater to VIP gamers. New South Wales governmental officials who must approve licensing view the proposal as a tourism boon. Investigation is ongoing involving a recent three-day wine and dine cruise that left Sydney and was subsequently found to be anchored about 12 nautical miles offshore with poker, blackjack, roulette, and slots activities occurring aboard.