Gambling Superstitions and Taboos in China 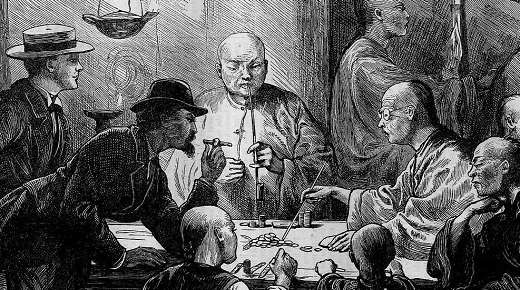 Gambling may not be the first thing that comes to mind when you think about China, but games of chance actually have a long history in the world’s most populous country. Like many countries around the world, China’s relationship with gambling has been a complicated one. Having been illegal for much of the last millennium, gambling became a force in the Shanghai economy around the middle of the 1800s.

It was also around that time that Macau legalised gambling, subsequently becoming one of the world’s prime destinations for gamblers. The association of superstition and gambling is widely spread throughout the history of wagering and China is no exception. Superstitions and taboos seems to be close to the heart of every Chinese gambler and if you’re ever to visit a Chinese casino, you may want to have these in mind.

The Chinese believe in the power of numbers, so remember to incorporate the traditional lucky numbers when choosing lottery picks or deciding where to bet your roulette chips. Some of the luckiest numbers include 8, 13, 198, and 798.

It’s not a coincidence that so much of the Chinese government’s symbols are red in colour. While red is the colour of communism, it is also the colour of good fortune and celebration.

No sex before gambling

You’ve probably heard of athletes abstaining from sex before a big contest, but the Chinese believe that abstaining before hitting the casino can be equally beneficial. The advice applies to both men and women.

As odd as it may sound, Chinese gamblers insist that feeding sugar to a baby ghost before settling in for a round of blackjack is good for you. Ancient Chinese superstition says that a baby ghost exists behind every gambling table and that the ghost may bring you luck if you feed it before you play.

Chinese superstition tells that a winning streak at the beginning of your session can turn sour by the end. While there may not be any practical application for this superstition, you can at least keep that in mind when the cards aren’t going your way. Perhaps your luck will turn around by the end of the night. Especially if you’ve fed the baby ghost.