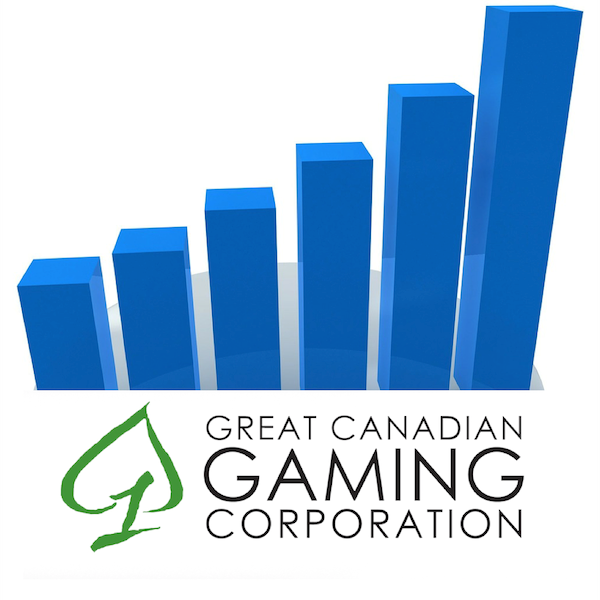 With the release of its financial results for the three months ending 30 June 2019, Great Canadian Gaming Corporation has revealed that its revenue has increased by 20% year-on-year to $354 million. At the same time, Great Canadian adjusted EBITDA rose from $153.7 million in Quarter 2 2018 to $122.7 million in the same period this year.

These gains are the result of a number of developments, not the least of which is Richmond-based entertainment giant’s sale of its shares in Great American Gaming Corporation. Other contributing factors include the expansion of several existing Great Canadian venues, alongside the opening of several new ones.

Great Canadian CEO Rod Baker explained that the successful completion of the Great American sale has freed the Canadian firm to turn its attention to its core growth markets.

Much of Great Canadian’s Quarter 2 success can be attributed to the expansion of several of its entertainment venues during the quarter or leading up to it.

In May, in Campbellville, Ontario, Great Canadian Gaming Corporation expanded the gaming facilities at Elements Casino Mohawk to include 1 500 slot machines and 60 table games. In addition, the firm introduced table games to its Woodbine venue. Both of these falls under the West GTA Gaming Bundle, which was acquired in may last year.

Meanwhile, the East Gaming Bundle also enjoyed increased revenues. This was thanks to the profits generated by Shorelines Casino Peterborough, which opened in October 2018, as well as the those brought in by Shoreline Slots at Kawartha Downs, which reopened at the end of last year.

With the continued expansion planned for Great Canadian Gaming Corporation, its present success looks to be a strong indicator of things to come.

According to Baker, construction on Pickering Casino Resport, Great Canadian’s new world-class entertainment destination in Ontario, is on track for completion by the end of Quarter 1, 2020. Parallel to this project, Great Canadian has been working closely with the Ontario Lottery and Gaming Corporation (OLG) to revitalise the once-ailing Casino Ajax gaming and horse racing venue.