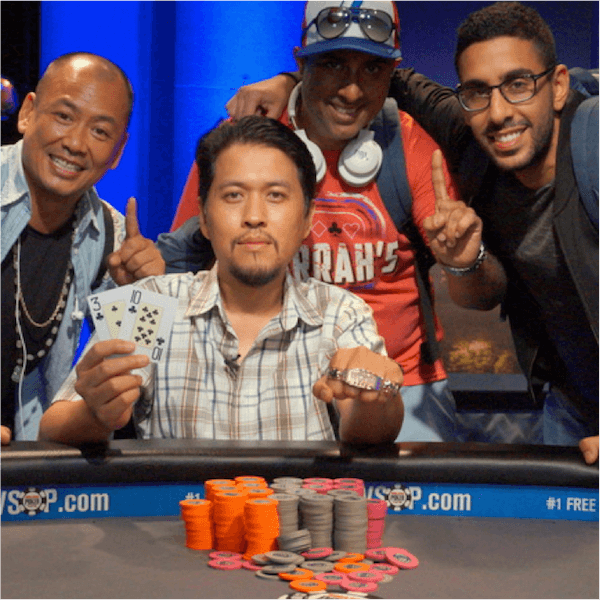 The recent casino news tells of the 2017 Global Casino Championship that was concluded on 10 August, and Sean Yu took the honour. Yu is from Los Angeles, California, and won $296,941 along with the title and World Series of Poker bracelet.

The WSOP Circuit has had a remarkable 2016/2017 season giving Yu reason to be particularly proud of this piece of WSOP jewellery, the third in his collection. In addition to his new gold bracelet, Yu also has 2 WSOP gold rings. His first was for a Main Event at Harrah’s, California, for which he also won $1,675 and a seat into the National Casino Championship that concluded the WSOP Circuit’s 2014/2015 season. Yu got his second ring 2 years later in September 2016, playing in the Planet Hollywood Main Event. This got him another $1,675 and it is what secured his place at the Global Casino Championship that he has just won. It seems safe to conclude that Sean Yu is a rising star, which will shine even brighter in the future.

More Confidence the Second Time Around

Yu felt surer of himself playing in the Global Casino Championship for the second time, which along with great skill helped him to capture the title. The final table, played at Harrah’s Cherokee Casino, had 6 hands. Yu was second in chips, and Alexander Lakhov of Russia led with a huge chip advantage. He qualified after winning the King’s Casino Rozvadov Global Casino Championship in late 2016. The action that was most nail-biting was between Josh Reichard and Yu, who were constantly rising and clashing for chip lead. Reichard was ultimately eliminated by Yu, relegating him to third place. Yu was in a strong position to go into the final heads-up match and Lakhov retained his stack for much of the day, which eventually got him the opposition spot in the heads-up match.

The Face Off Between Lakhov and Yu

The final showdown between Lakhov and Yu was over quickly. In total 7 hands were played, of which Yu won 6. Hand #61 was the crucial moment in the tournament, with Lakhov raising to 35,000 in the pre-flop and Yu calling. The same thing happened in the flop, and then Lakhov bet 90,000 and Yu called again. In the river Lakhov bet 160,000, while Yu checked again. Yu then moved all in, and Lakhov called instantly. Lakhov was holding a pair, which was very little help against the royal flush in Yu’s hands. Ultimately, he won the runner-up prize of $183,527. The total prize pool was $1,090,000, thanks to 115 qualifying players and 9 players who bought in for $10,000. This pool was shared among the Championship’s top 19 finishers.