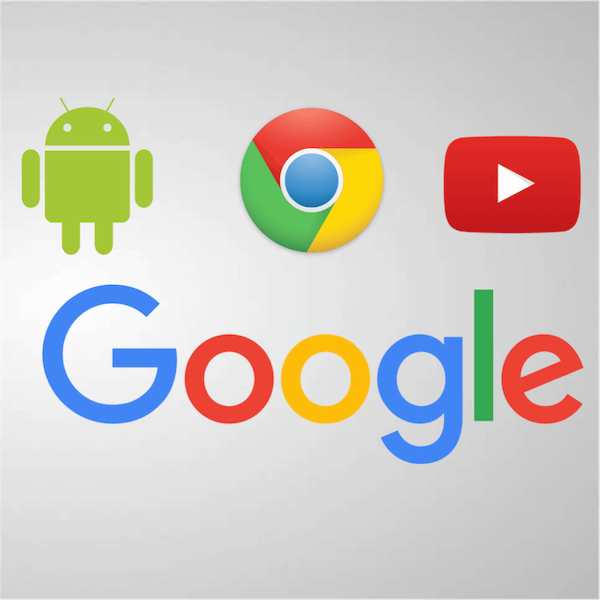 Almost everyone who has ever used a computer has heard the name ‘Google’. One of the most successful and valuable companies in the world, Google has grown far beyond its original purpose of helping users to locate and sort information through the use of customisable searches. This search engine has become the king of web browsing – so much so that ‘Google’ has even become a verb. But just how did Google rise to stardom as the world’s favourite search engine?

Early Beginnings of an Internet Giant

Google started out in the business of creating algorithms that helped people to rapidly sort through the massive amount of content on the web. Instead of using human editors to create links for specific searches, Google tried a different route, pioneering the algorithms that still score and index content according to specific criteria today. The company’s algorithms used a variety of concepts, like trusted inbound links, page titles and keyword hits, to create a page ranking system that decided where sites would feature according to any given query. By using this ingenious approach, Google quickly conjured up much more accurate and concise results than many of its competitors at the time, as well as growing stronger as it worked through intelligent algorithm patterns. Thanks to this approach, the company grew rapidly, monopolising the market and becoming the web’s most trusted search engine. Monetization soon came in through Google Adwords, which grew into an automated, pay per click advertising system that introduced digital advertisers to the concept of relevance according to web searches. Interestingly, the revenue generated by Adwords is still what powers Google’s operations to this day.

After this, Google turned its sights to acquiring various digital platforms to boost its ad-driven income as the search engine’s traffic multiplied. Some of the most notable acquisitions and new products from 2003 to 2006 included Google Maps, Blogger, Gmail, YouTube, and the Google Finance hub. The Android OS, launched on September 23rd, 2008 has been another of Google’s great successes, and this mobile OS has completely revolutionised the way we use smartphones and tablets. Today, Google continues to grow through regular new acquisitions through its mobile OS and product releases across a variety of markets. As well as capital investments and wearable tech, however, the Google search engine is still the world’s number one choice, thanks to its wide range of functions and customisable searches. Google Chrome remains one of the best-performing global web browsers, and is a popular choice among web developers in particular.

A Recipe for Success

A primary reason why Google has remained such a success is also the numerous services offered to its users. Most of these services are free to use and have proven to be reliable over many years, attracting thousands of users each year. Just a few of Google’s products include their free web email service Gmail, their Google+ social networking site, and YouTube, the Internet’s leading video community. Google also provides great, automated business exposure through its Adwords program. With millions of product and service-related searches performed each day, businesses that advertise themselves through Adwords enjoy a high level of exposure and visibility to a targeted group of prospective clients.

The Future of Google

So, what lies in the future for Google? For one thing, the company will certainly continue to acquire new companies and web service providers, and has already created strong roots within the social media realm. However, there have also been plenty of speculations about what Google might be able to do in just a few years, keeping up with the latest first-world technological advancements. Users may be able to expect a Google booking and trip planning service in the near future, allowing travellers to book hotel rooms and more using interactive maps and intelligent algorithms that pick up users’ travel preferences, preferred price ranges and more. The company may also soon use integrated shopping as a form of advertising, with companies able to advertise and sell products through its streamlined eCommerce platforms. 3D mapping technologies are also purportedly in the pipeline for Google, as well as a possible entry into the field of health and wellness through health statistics monitoring and exercise and diet tracking. The provision of free universal Internet has even been rumoured to be on the company’s agenda in its efforts to assist with complex socio-economic problems on a global scale. For now, it seems like Google has the Midas touch, and its future looks set to be a good one. Whether new competitors will emerge remains to be seen, but so far, their story is one of on going success.