GVC Gets Behind Responsible Gambling 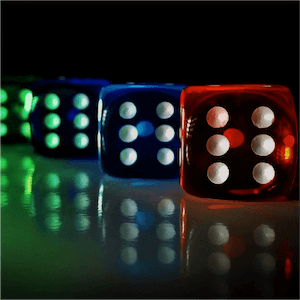 There’s been an increased focus on social responsibility all over the world, and the gambling industry has been very much at the centre of it. Addiction has become a regular part of every day life for many people, and problem behaviour manifests itself in everything from substance abuse to an addiction to gambling. iGaming companies aren’t apathetic or ignorant and many companies have either launched their own social responsibility programmes, or have made available the funds for third-party projects.

GVC Holdings has really put its money where its mouth is. The group recently announced that it had committed an impressive $5 million to a joint research project, which will be run by the esteemed Harvard Medical School. The focus of the research will be the promotion of responsible gambling and will from the foundation of a global advertising campaign aimed at creating more focused levels of awareness.

Changing For The Bettor

The research will stand central to GVC’s Changing for the Bettor campaign, and the group will, in addition to having made available the funds to the school’s Division on Addiction, also provide data from across its many gambling and betting brands, which will hopefully shed some light on problem behaviour as well as how to better resolve the issues that people face. The data will obviously not include any details about the actual identities of the players, but only about their general behaviour.

The hope is that the information that is gathered will not only benefit those suffering from an addiction, but also those struggling with all other addictions as the general assumption is that addiction is learnt problem behaviour and that by eradicating this, all manner of addictions can be cured, whether it be to gambling or to substances or to any other form of compulsive behaviour.

The research will also try to identify problem markers relating to iGaming behaviour in particular. This will then be compared with normal iGaming behaviour. The expectation is that once compared, researchers will have a better idea of exactly where and how the tipping point is reached where healthy behaviour turns into problem behaviour.

The outcomes will in turn be integrated into the algorithms used by GVC and other iGaming operators in order to identify high-risk behaviour in players.