How Are Online Casinos Taking On Social Media? 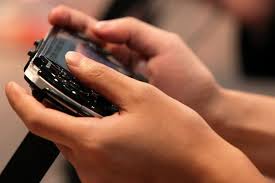 Online Casino gaming has grown a substantial amount in the past few years, and more recently there has been an influx of Casino-style games on social networking sites. Kontagent mobile analytics has discovered that of 780 million active social gamers, approximately 90 million are playing online Casino games. With such a large and growing interest in Casinos and gambling it can be no surprise that developers are keen to further integrate social gaming with the multibillion dollar online Casino industry.

These five games draw a combined total of eleven million users every day. Casino games make up 3 out of the Top 10 Games on social networks when ranked according to user satisfaction. The latest figures show that over half of all Facebook users now participate in social gaming, and the overall increase in Casino gamers accessing Casino games via social media has been truly phenomenal. During 2011, for example, the general increase in social gaming was 13%; the use of Casino games over this yearlong period rose by 60%, far more than any other classification of game.

What are the Differences Between Social Gaming and Online Gambling?

Although Casino games are very popular among social gamers, there are some key differences between accessing a Casino via a social network and playing at a real online Casino.

Social gamers play on average once every two days, whereas online gamblers will access an online Casino once every four days.

After six months of game play, 50% of social gamers are still active; for online Casinos only approximately 8% of users are still active after their first 6 months. Interestingly this doesn’t necessarily have anything to do with the money but perhaps is more closely linked to the level of social interaction achieved on social networks, where the games encourage you to play with and compete against your friends.

Social gaming charges for certain virtual goods, but does not have any direct monetary payout; online Casinos, however, reward wins with real cash. This means that when playing a Casino game on a social network you are paying for a fun experience, whereas  when you play at an online Casino there is the added excitement that you are gambling real money and could win large cash prizes. Due to the increasing popularity of online Casinos, but more pointedly their profitability, it is highly likely that social networks will start launching real gambling Casinos in the near future. Online Casinos are also taking note of the success and longevity of social gaming by adding more sociable aspects to the overall gaming experience of their websites. By mixing gambling and social networking, developers will be able to draw more players to online Casinos with the attraction of being able to play with, or compete against, their friends.